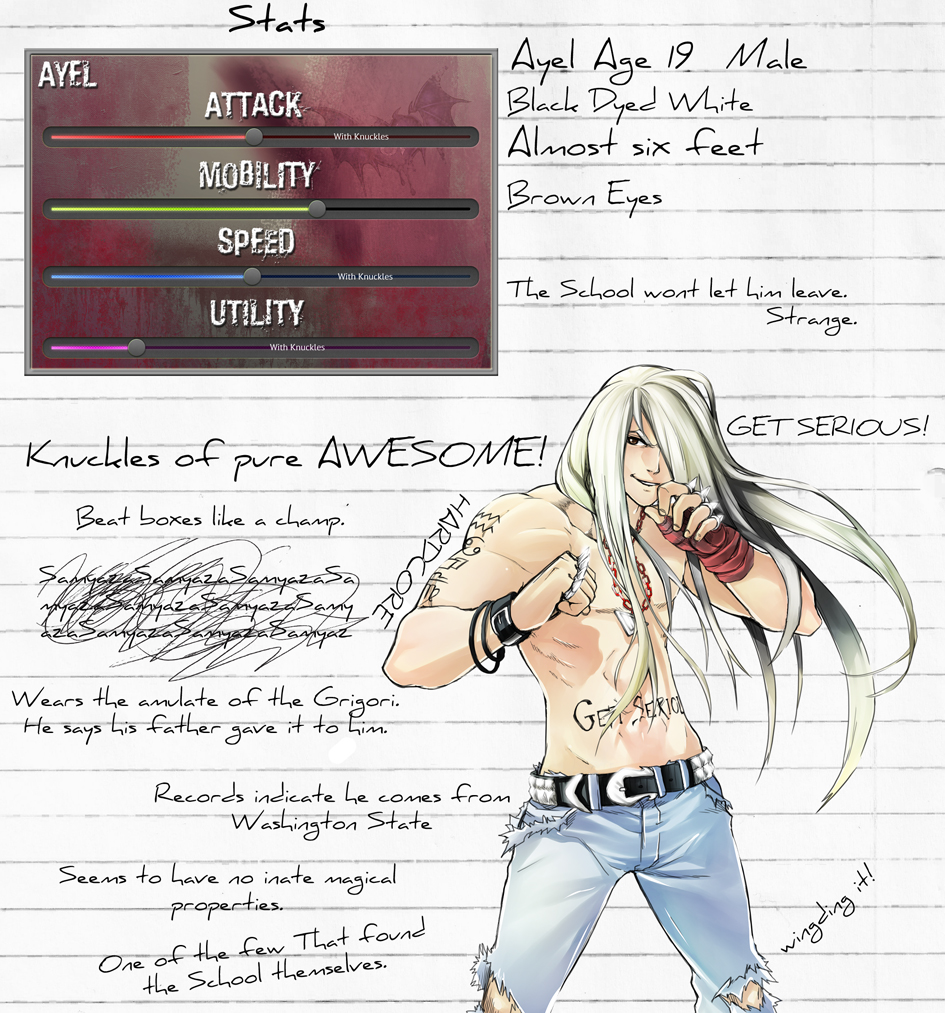 Ayel is a great Character for new players. Whether he is adjacent to an opponent, or far away, he can hold his own. So long as his opponent doesn’t throw Ayel can open strong with a nearly guaranteed positive trade with his heavy attack, given he draws one on his opening hand. His knuckle tokens can be discarded for a multitude of utility options, such as damage, movement, or even increasing the priority of his attacks. Ayel uses little gimmicks to win his fight which makes him an acceptable choice for players who don’t want to keep track of various abilities. Players need to be aware of how important his knuckle tokens are and to constantly be thinking ahead on how to get them back after they are spent. His ultra is fairly easy to get into and always keeps his opponent guessing if they knock him down since it strikes at an amazingly fast priority 6 when he is getting up.

Ayel has very little weaknesses other than the fact his raw numbers are just not there when he has no knuckle tokens. Keeping him from getting them back should be his opponents priority. Unfortunately for Ayel, without meter or knuckles, he has very little recourse in terms of innate card abilities to defeat his opponents.

Ayel is great for new players or for players looking for an all round character capable of handling himself on every front.

Though Ayel never considered his life extraordinary in any way, some people might have had a different view. His family had a tendency to move from city to city, which provided unique opportunities for Ayel to find himself in strange situations. But Ayel viewed life as a game, and if you took it seriously, you were living wrong. With his naturally casual demeanor, Ayel was constantly careless about what he was doing and where he wound up. So of course, when he noticed a giant gothic building that he’d never seen before, the only thing to be done was to wander inside. Though the school of Lod seemed a mystery to most, eluding anyone who hadn’t been invited, it stood completely open to Ayel and he was more than willing to explore it. After wandering the grounds for a time, he stepped into one of the classrooms on a whim, not expecting much. When his name appeared on the class roll, Ayel just shrugged and sat down. Who was he to argue with a magical piece of paper?

Ayel and the Strange School