Hey backers! We had something important we wanted to tell everyone in an update. First of all, we wanted to thank everyone who has been giving us awesome feedback and trying to help us out on this kickstarter. We have been logging all these ideas and have been talking over them in great detail.

As a matter of fact, this leads us into our first topic, translations.

We will be providing a free pdf within two months of delivery that will contain translations of all the cards and rules in the following languages.

Many within our community have been kind enough to contractually help us in this regard in exchange for some fair deals. We even have some professional game translators working with us such as EGD Games. Go check out their Spanish website! 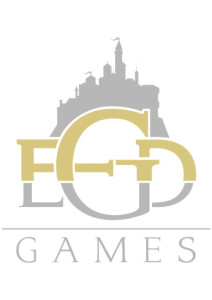 If you, or someone you know would love to help us out in the translation process send us a email at brooklynn@succubuspublishing.com

All of these ideas!

We love these ideas! And we really want you to keep telling us how you would love them too. But we have sat down and really evaluated the kickstarter, and how each one of these would affect it.

And the fact is that any one of these add-ons would add a significant amount of time and money required to deliver our product. And we have an invested interest in delivering this game on time, and within our budget.

We believe that a lot of kickstarter’s get caught up in the whirlwind of people wanting to buy their product and give them money. It’s flattering, but we really have to prioritize making the product we have already promised.

We love these ideas, and appreciate everyone letting us know how we can make our next kickstarter even better than this one. But we want to focus on delivering the best game we can to your doorstep early next year.

With that said, we do have some new stretch goals going live soon, as well as some great promotional content planned for all of you.

A special note about community rewards.

Community rewards has been hotly debated here by our team. Just to clear the air, we love the idea. But how it’s implemented is very important to us. The goal of a community reward is to reward those who help us share the game with others. But at the same time we want a meaningful reward that benefits everyone involved in the campaign.

And some of the ideas we have received for community rewards have been really great… only, we really should have implemented them during the beginning, or before the launch of the campaign.

We have decided on some community stretch goals that will reward all backers with additional equipment card sets if we hit them. These will be added as soon as the art assets are complete.

We have been getting a lot of buzz from a lot of people in the industry. We have a podcast tonight with Models-Workshop. We will be posting this when it’s ready.

Just in case you missed any, we propagated a list of articles and reviews below.

A BGG review by Jerry

An interview with elsevilla, our wonderful and talented artist

A Review by Clint and Yeji from Models-Workshop

We wanted to let everyone know that the official game play video is still in the works. However, we have run into some filming problems. And with the campaign rapidly nearing an end, we have decided to focus on getting the rulebook and our lore video out first. This decision is based on the fact that we already have 2 (less professional) gameplay videos out, and we want to focus on the rulebook first.

And just a note for those who have suggested it, we will be doing review copies before our next kickstarter to help get more buzz on our next game. This has been our number one mistake on this kickstarter.

Filming a gameplay video and doing it right is something that we should have done from the beginning. Doing it mid-campaign is sloppy at best. Because of this, you can expect this at the beginning of all our future campaigns.

We are providing a pledge manager after the end of the campaign. Within two months we will be sending out an email to all backers detailing how you can use the pledge manager. You will be able to add anything you wish at the kickstarter’s prices. We will calculate the shipping on this manager as well.

Anyone who has pledged at least $1 will have access to the pledge manager.

PVC vs HIPS vs Resin figures

We have been talking about it with our manufacturers. They feel that the best option for Middara will be PVC. However, being miniature enthusiasts, we are all looking into how realistic HIPS would be. While we cannot promise anything beyond PVC for the miniatures on this campaign, we wanted to let everyone know that we will be doing our best to provide the highest quality miniatures within our budget.

Regardless of our decision, it’s important to us that the figures come pre-assembled, or in one piece.

Resin miniature kits in the future are a real possibility, but again, adding something this complex mid campaign isn’t the best option for any of us. As we explore this option, we will release further details. However, this should be expected sometime after the campaign.