We’ve been doing public playtesting every single day of the week now. We have three separate groups going through the campaign at our office. We suspect this play testing will continue up until the day we deliver files to our manufacturer.

This has really let us tune a lot of the cards for clarity. Below you can see some of our most recent, and final card layouts for different cards in the game.

This Adventurer Card also represents our final names for Skills and Stats. These cards measure in at about 5×6 inches. So there is plenty of room for all of our text. 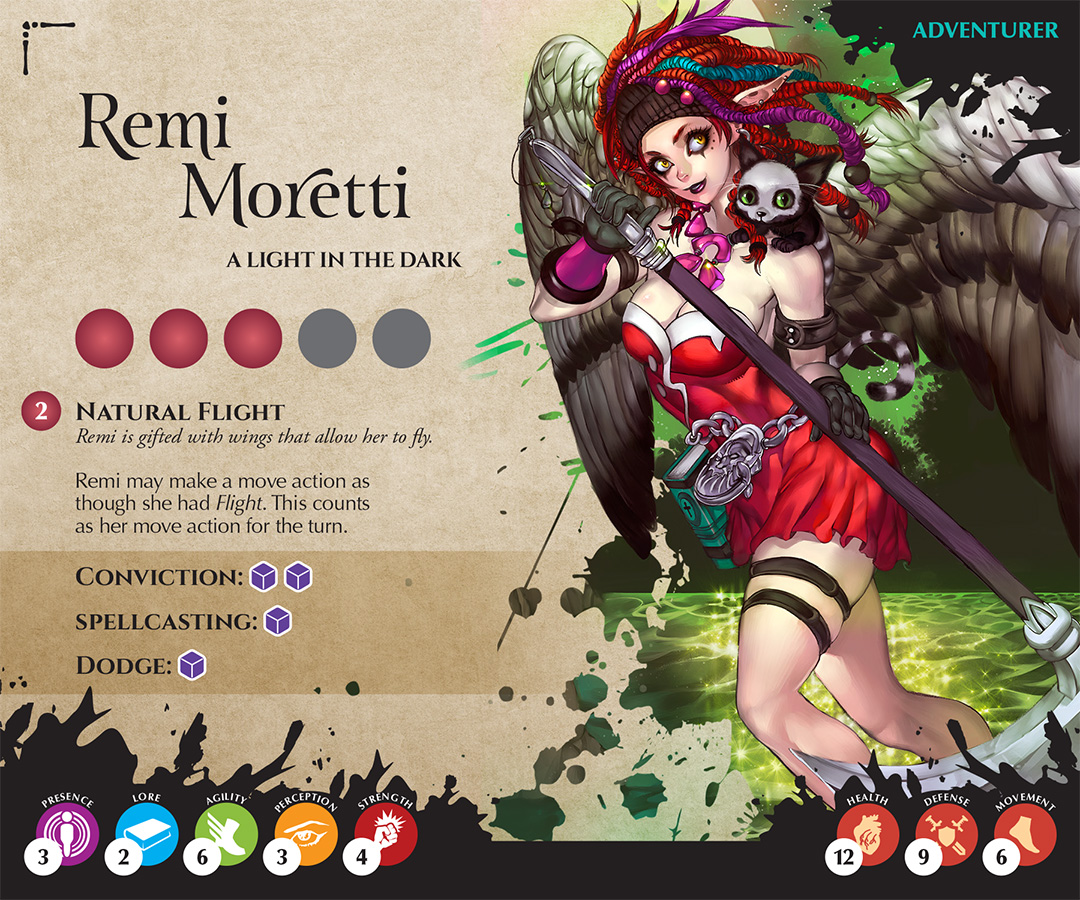 Below is an updated Equipment Card 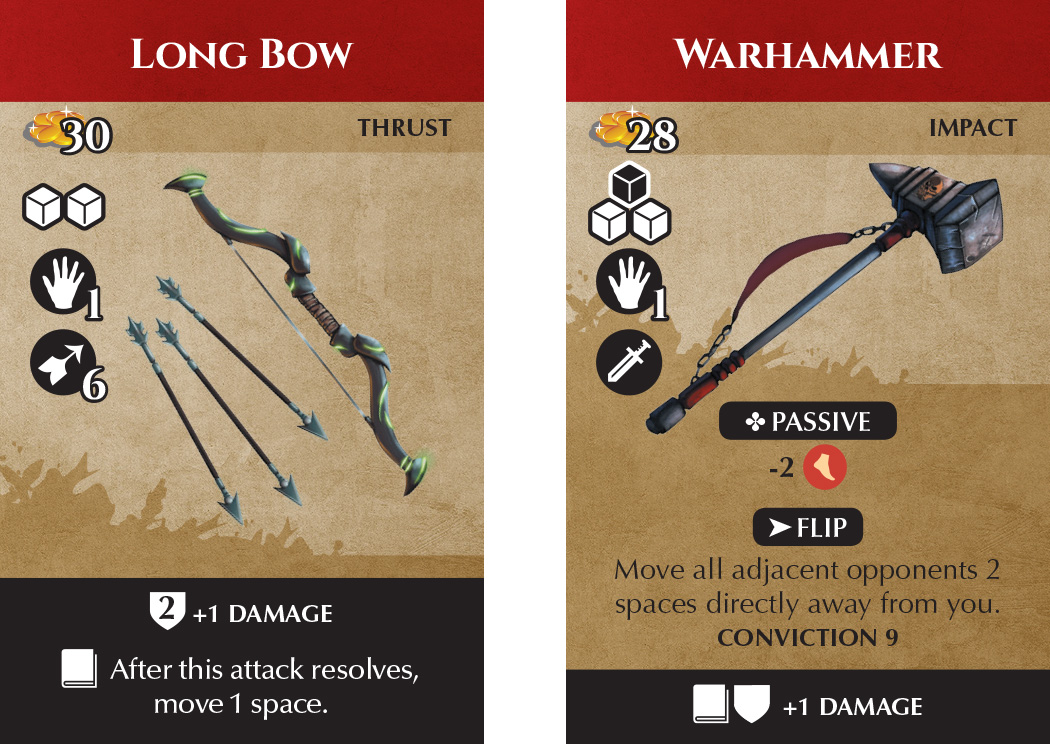 Each one of our Equipment Cards use symbols to determine how many hands they take to use as well as if they’re ranged or melee weapons. Ranged weapons have a listed range on their ranged symbol.

Below is an example of a Final Intelligence card 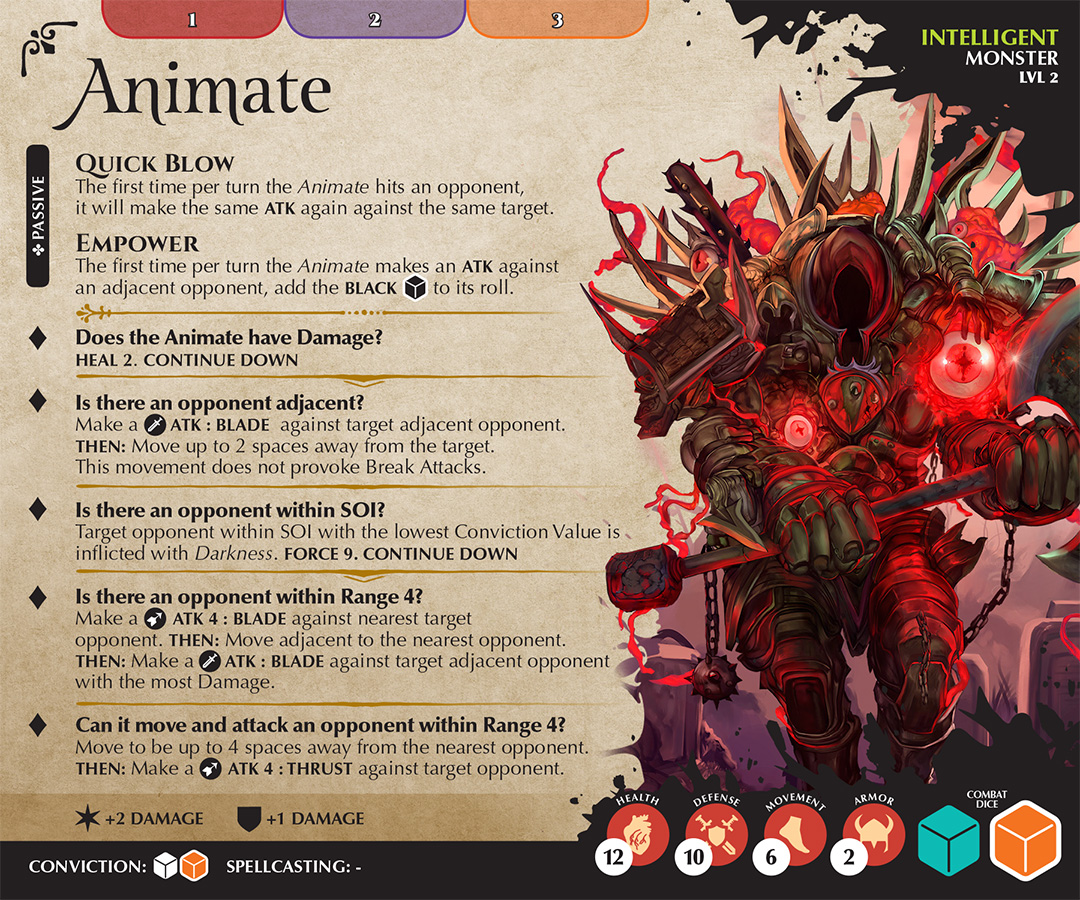 You can also see that we’ve propagated these ranged and melee symbols to indicate melee and ranged attacks on monsters as well. This also has allowed new players to better identify when attacks happen at a glance.

The colors and numbers at the top of the card are used to identify which figures have been dealt damage or are affected by status effects, and in what order figures activate. In the final product all our figures will come with colored bases that indicate which figure they are on the card.

We’ve been playing through our Badman Mode (1 player playing the bad guys) a bit lately. We’ve tried to clean up our Command cards, making sure to only provide information that’s important. 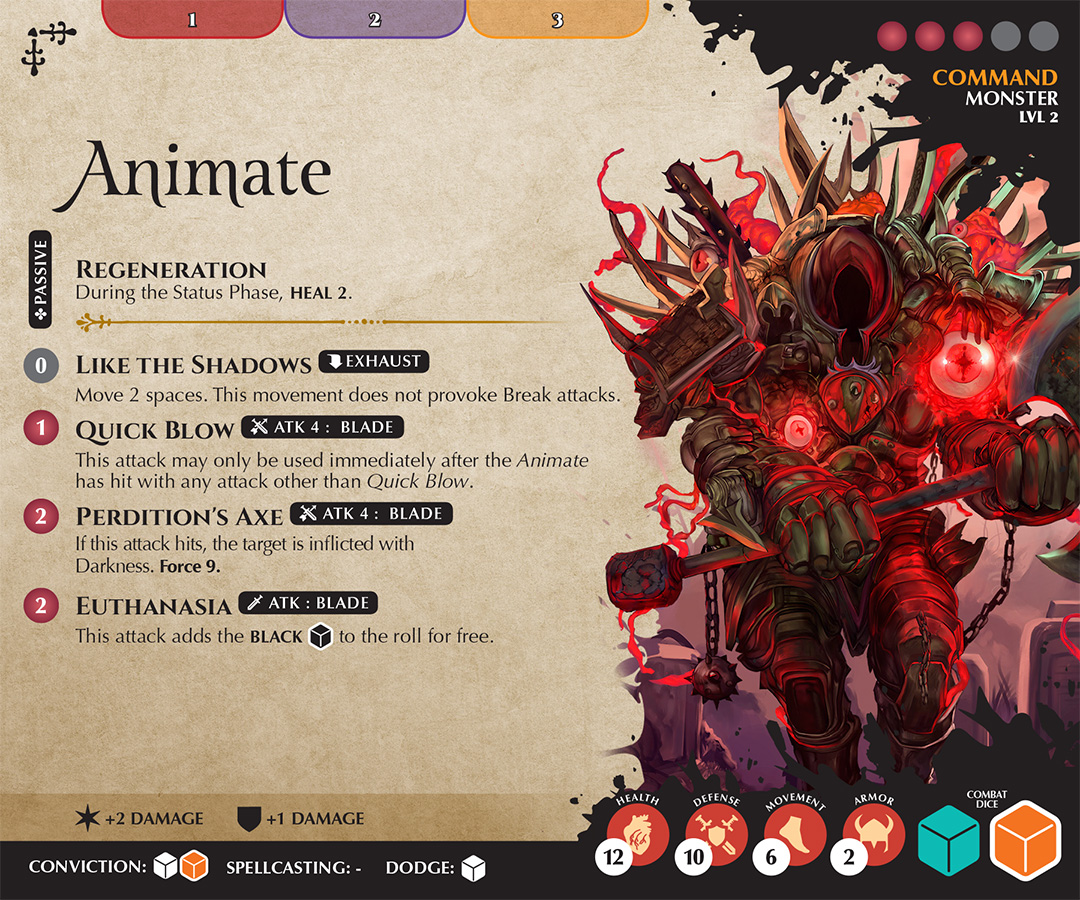 These cards contain all the same information, symbols and terminology as every other card in the game.

Next up we have Loot cards. These cards represent random drops that can occur when players defeat specific monsters in our game.

Anytime a player defeats a monster they draw a Loot Card, this card will specify gold, Weapon, Armor & Cores, Relic or Monster Loot. Weapon, Armor, Core, and Relic means that the player found some equipment that dropped from the monster.

Monster Loot represents specific equipment tied to the monster that was defeated. Sometimes monsters have more than 1 type of Monster Loot they can drop. In these cases players earn one of the available cards at random.

You may have noticed the art on the above cards look a bit different from Alex’s work (Hopefully not too different!) For the sake of getting projects done faster we’ve reached out and found a local artist here in Salt Lake City who we’ve been working closely with to produce a similar style to Alex’s. Under Alex’s guidance, Steven Crowe has been honing his skills to produce Item artwork for this Kickstarter and future Succubus Publishing product for the foreseeable future. Below is another piece he’s done for our game. 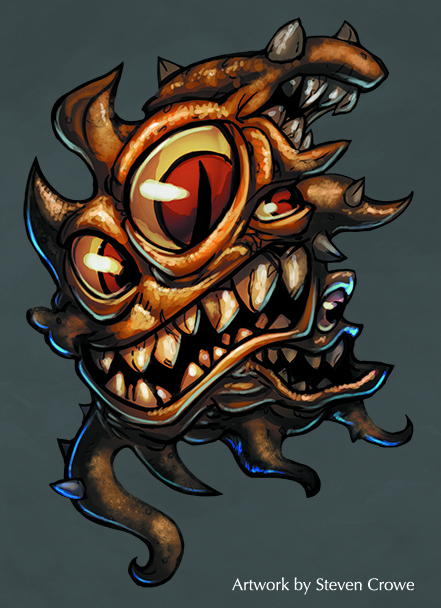 His ability to conform to various styles and the fact that he’s local has been a great asset. We’re really happy to have him helping in such a large capacity.

Lastly, below you can see Alex’s progress on our tiles for the Carrion Swamps. 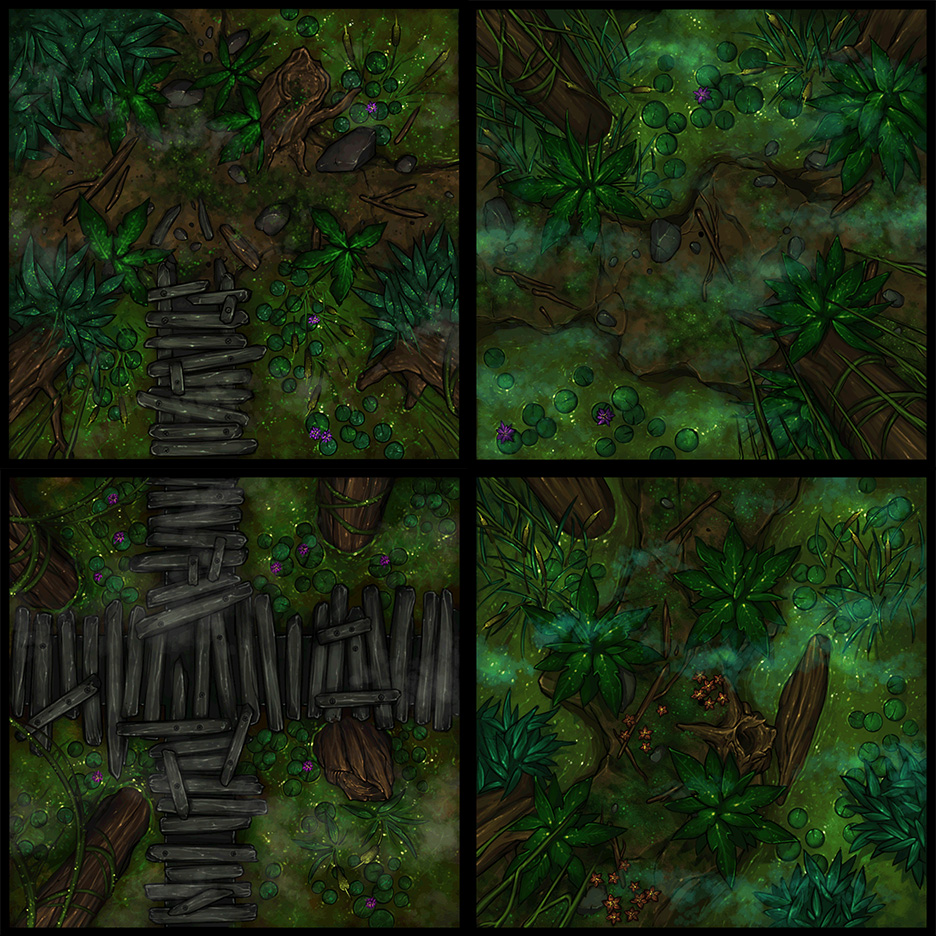 We’re finishing the optimization process on time and expect to have it complete by next weekend. This means that we’ll be moving forward with the molding process soon.

Thanks for checking out our update! We’re still working hard on the rulebook and are striving to have the last half up by next week.