Our fifth NPC has been unlocked! Check out our kickstarter here! 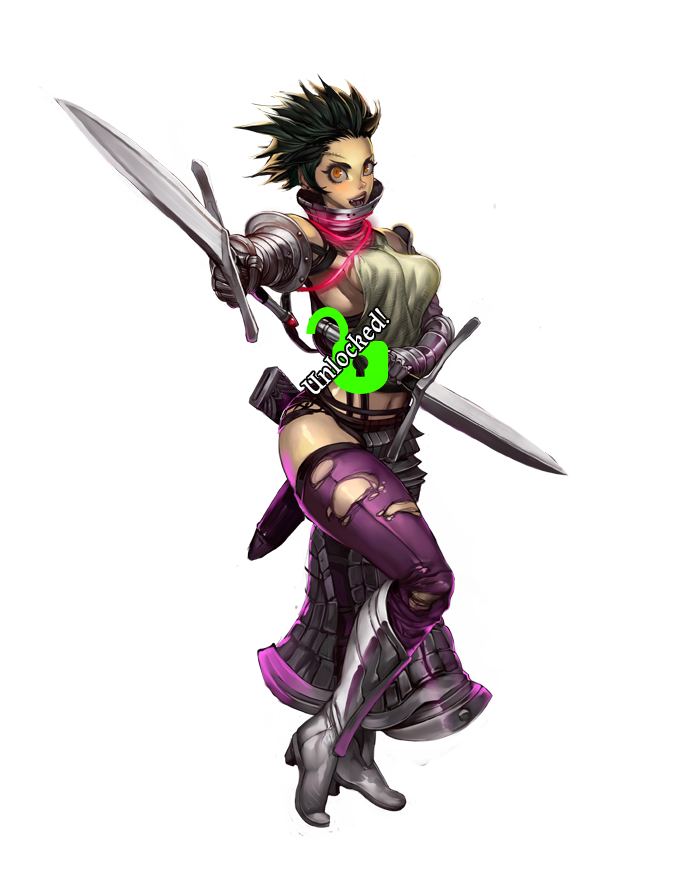 You can read Echo’s fiction here. 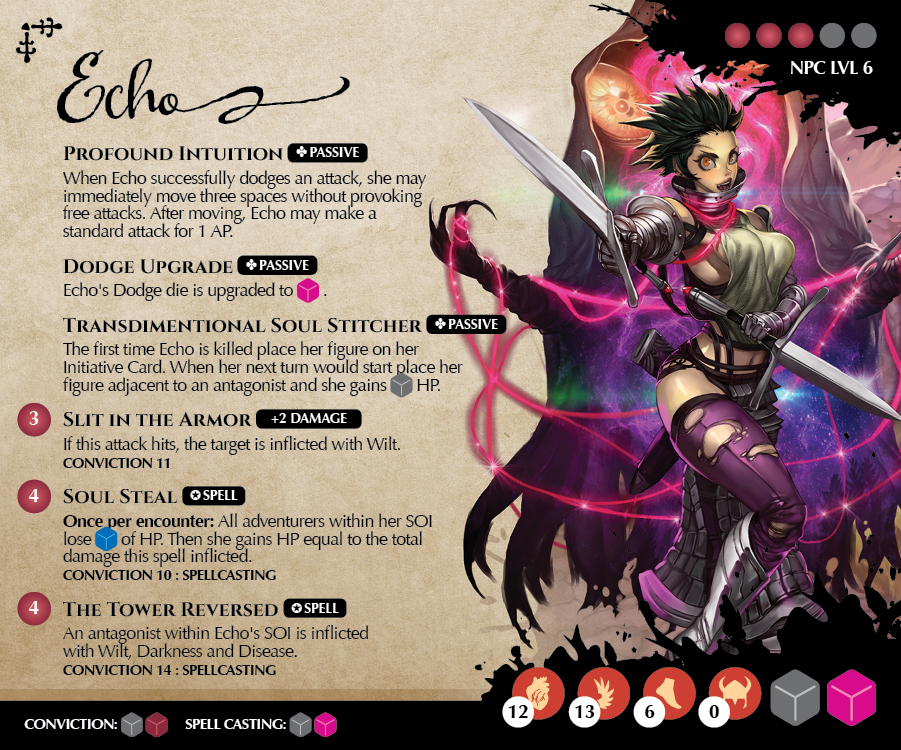 As a friendly NPC, Echo provides the adventurers with a gamut of powerful abilities. She’s capable of dealing damage with both spells and melee. Profound Intuition and Transdimensional Soul Stitcher provide her with unnatural survivability. This is amplified by her ability to use Soul Steal.

Slit in the Armor allows her to increase her maximum damage output by wilting her opponents when making melee attacks.

And The Tower Reversed can absolutely shut down an antagonist who is susceptible to conviction tests.

Echo’s ability to come back to life after being killed provides a unique challenge to deal with. In addition, she will dodge the first attack made against her each turn. If successful, she will immediately counterattack the adventurer with the lowest armor.

Beyond her passive abilities, she has a simple list of activations. Echo will attempt to attack and wilt any adjacent adventurer. Then, she will cast Soul Steal if she has taken damage and there are at least two other adventurers within range.

Otherwise, she will attempt to cast The Tower Reversed on an adventurer within SOI.

Her adventurer card has a fun ability that allows players to sacrifice health in return for extra damage.

That’s it for Echo! As soon as we have 3d cad’s and prototypes for these models we will be showing them off.