Our second antagonist has been unlocked! Go check out our kickstarter! 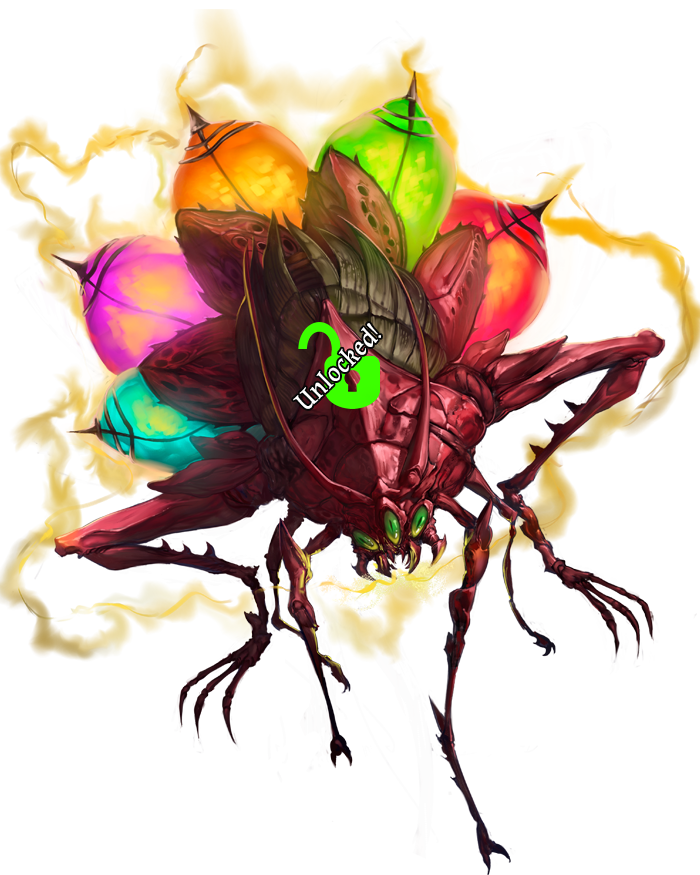 You can read the Fragor fiction here. 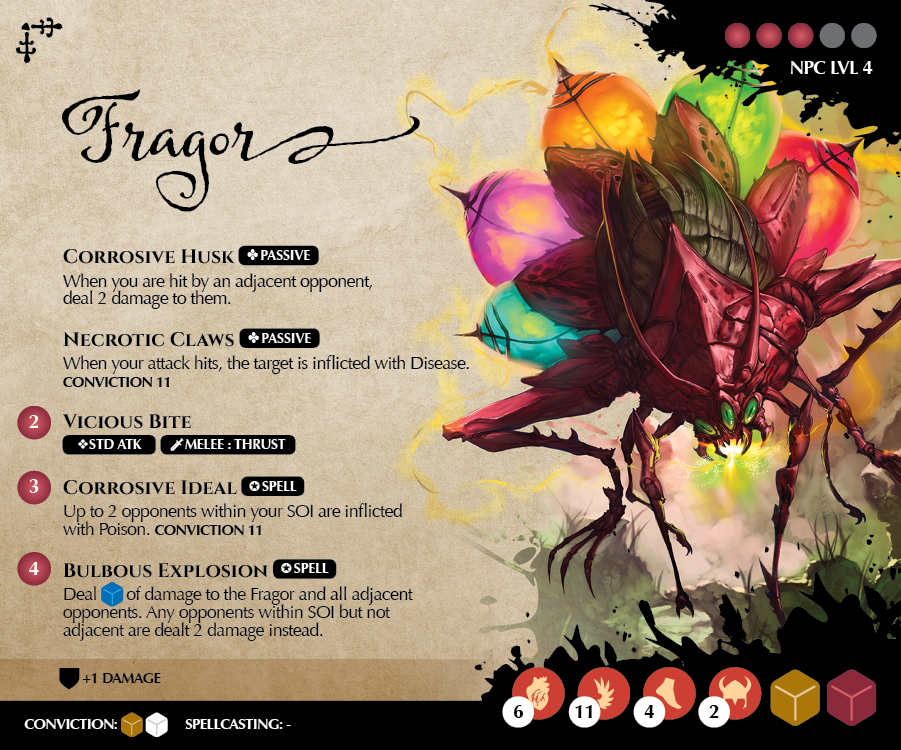 In control of a game master, the Fragor can pose a huge threat against the adventurers. Its passive Corrosive Husk ability deals an automatic two damage after an adjacent opponent resolves an attack against them. Since this is damage and not life loss, it can be reduced by armor. The trick is to get them into contact with less armored targets. Their Necrotic Claws gives them the passive ability to inflict Disease as well. While not dangerous by itself, Disease can send a well laid plan spiraling into failure.

The Fragor only has two different abilities. Corrosive Ideal allows the Fragor to inflict poison on two different opponents within SOI. But the real threat Fragors pose to their enemies is Bulbous Explosion. While this ability cost a whopping 4 AP, it’s well worth it. When used, the Fragor detonates its pods, and deals a blue dice (1-6) worth of damage to themselves and all adjacent opponents. Any opponents within SOI but not adjacent take a flat 2 damage as well.

Again, since this is not life loss, it can be reduced by armor, but even with light to medium protective gear, an adventurer is going to have a bad time if they get caught in a couple of these creatures’ Bulbous Explosions. 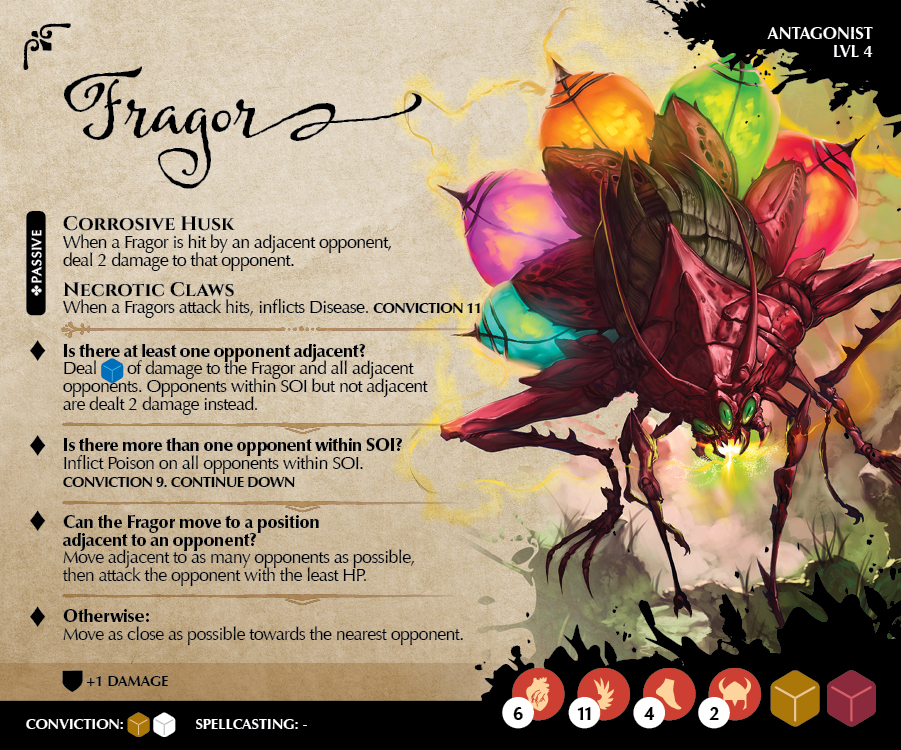 Basics: Even though the Fragor is one of our simplest antagonists in the game, it’s still one of our most deadly. It is specifically dangerous while adjacent and getting this close should be avoided at all cost.

Passive Abilities: As a hoard monster, the Fragor poses a special threat to the players. Its Corrosive Husk will deal damage to anyone who hits it while adjacent. This ability can be circumvented by armor and weapons with range or reach, so prepare yourselves accordingly.

Next, it passively deals Disease. In our experience, Disease is typically underestimated by players new to Middara. When the time comes that an adventurer needs to heal, and they can’t, it changes the game quickly. Keep an eye on how frequently healing saves the day for your party of adventurers. This can quickly tell you how much your builds are relying on it and how much of a problem it would be to be inflicted with Disease.

Action Breakdown: The first action listed is their most dangerous. It’s the one that all adventurers should be trying to avoid. When a Fragor’s turn starts, if they are adjacent to an opponent, they are going to detonate. As mentioned above, this ability will do a blue dice (1-6) worth of damage to themselves and all adjacent opponents. In addition, they will deal 2 damage flat to all opponents within SOI that are not adjacent. This ability can be particularly devastating when two or even three Fragors start their turns next to an adventurer.

If the Fragor starts its turn with no opponent adjacent and there are opponents within SOI, it will attempt to launch its infected bulb to cause Poison to all opponents within SOI. While Poison can be avoided with Antidote and Soul Clear, the conviction required to avoid the poison is an easy check with even the simplest of conviction upgrades.

The last two actions, are designed to simply get the Fragor closer to its target.

Weaknesses: The Fragor doesn’t have a lot of HP, in addition, it also only has okay conviction dice. The trick is to kite the Fragor and kill it with ranged weapons.