Our third NPC has been unlocked! Check out our kickstarter here! 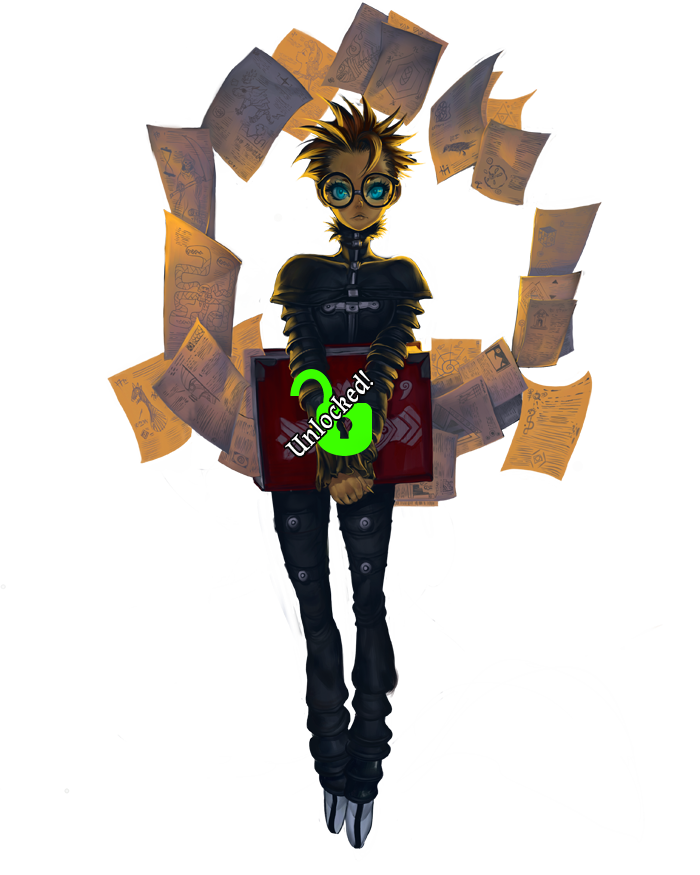 You can read Justice’s fiction here. 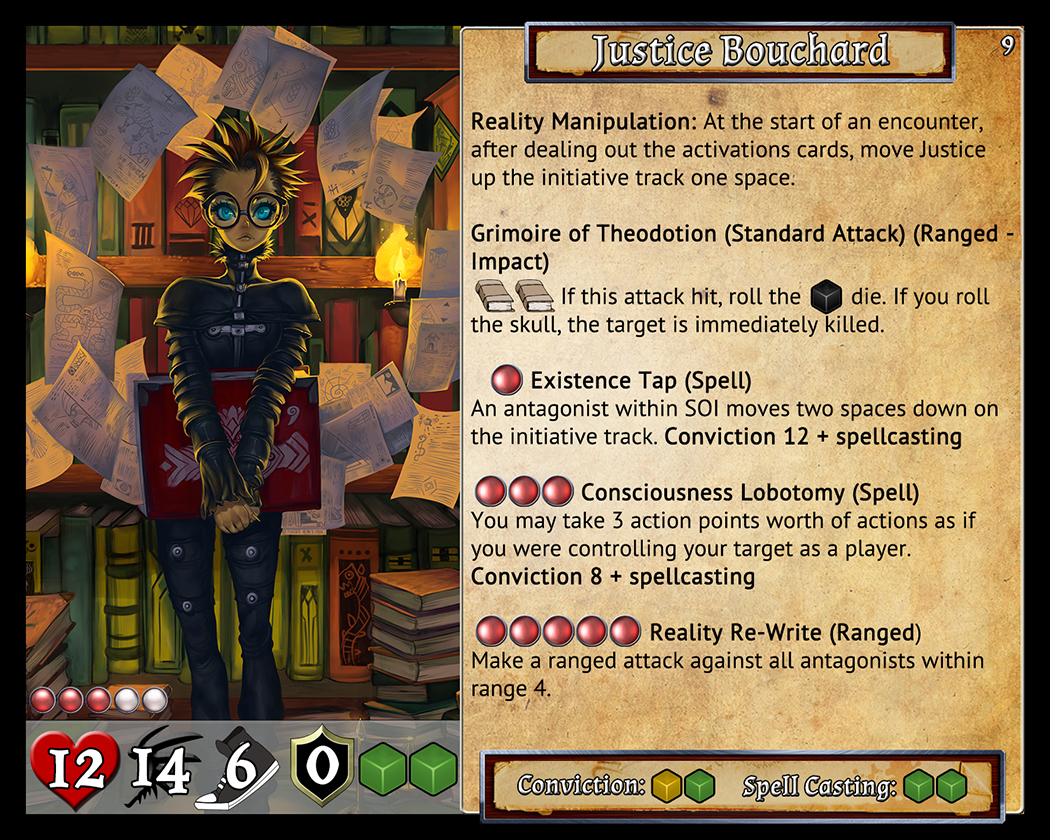 Justice is a special NPC in the story. While most of the NPC’s are typically only going to be either bad guys or good guys, Justice can be either depending on how players deal with the narrative. As a friendly NPC in the story, Justice is a powerful ally. Her knowledge of the lost magic of Theodotion can help players twist time and write her targets out of existence.

Justice has some very powerful abilities that can’t yet be obtained by players. Her Existence Tap ability can manipulate the initiative track, allowing her allies to go first during combat. And if that wasn’t powerful enough, her standard attack can outright kill targets 1/6th of the time it hits.

A Consciousness Lobotomy can take control of enemy figures and make them attack their allies, or even force them to move into dangerous terrain. What makes her abilities particularly troublesome is her passive ability to add a black die worth of symbols when casting spells. This makes her spells very hard to avoid.

And lastly, with enough action points, Justice can make a standard attack against all figures within range 4. This, coupled with her weapon’s attack symbols can make for a devastating combination. 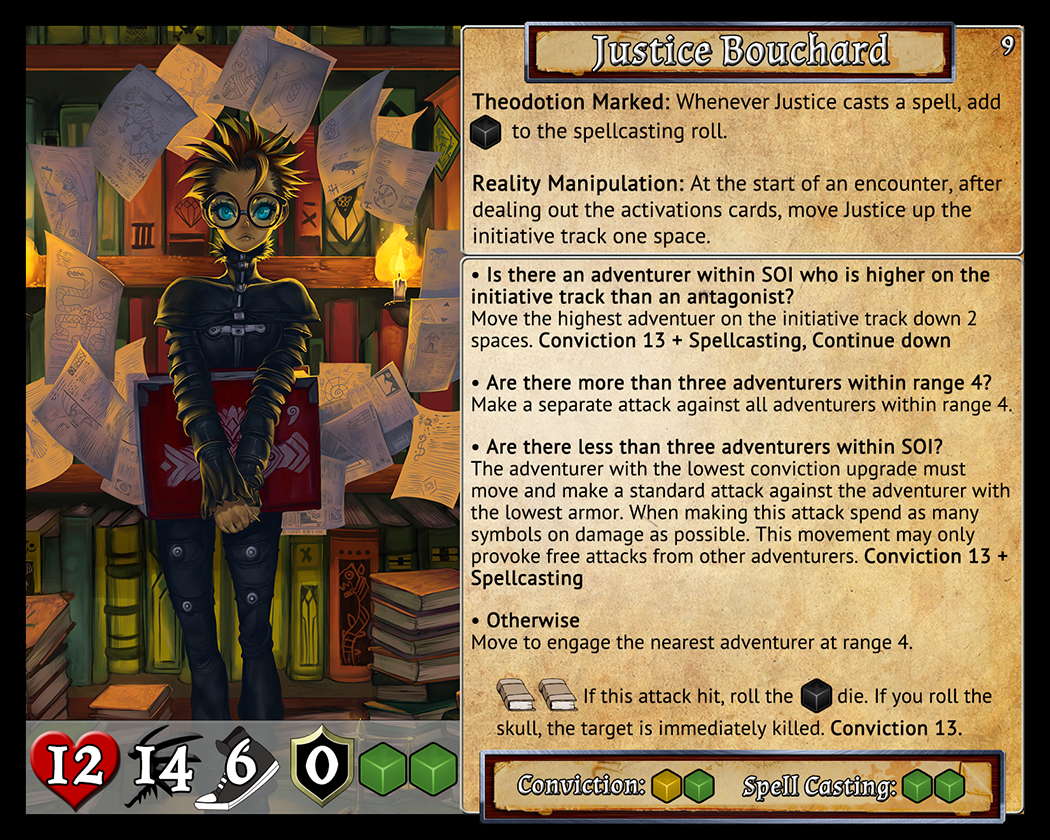 As an antagonist, Justice brings all those powerful abilities against the adventures. An adventuring party who doesn’t kill her quickly will find themselves in a precarious position very quickly.

Her passive ability to add a black dice makes avoiding her spells almost impossible for all but the well-equipped. Reality Manipulation will move her up the initiative track immediately after the cards are dealt. This will put her at an activation advantage right away. At the start of each turn she will attempt to move adventurers farther down the initiative track in an attempt to spread that activation advantage across her entire team. If this isn’t stopped quickly it can have long term devastating effects for any encounter.

Her ability to outright kill adventurers remains even as an antagonist. This can be avoided through smart placement, but will mostly require an adventurer with proper conviction gear to purposely position himself to take the hit.

Lastly, her ability to take control of adventurers is infuriatingly devastating to most standard tactics. It will require players to consider it as a possibility before positioning themselves on the game board. 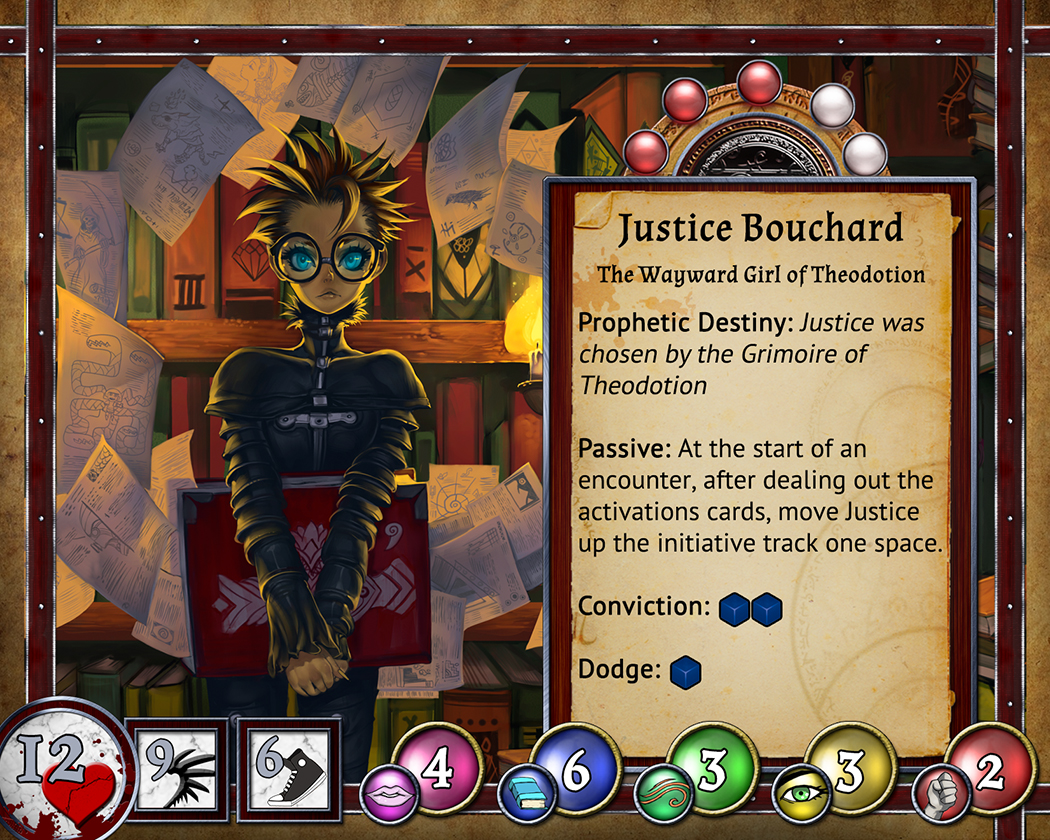 As an adventurer, Justice retains her ability to move herself up the initiative track at the start of each encounter. This prevents her from ever going last.

That’s it for Justice! As soon as we have 3d cad’s and prototypes for these models we will be showing them off.