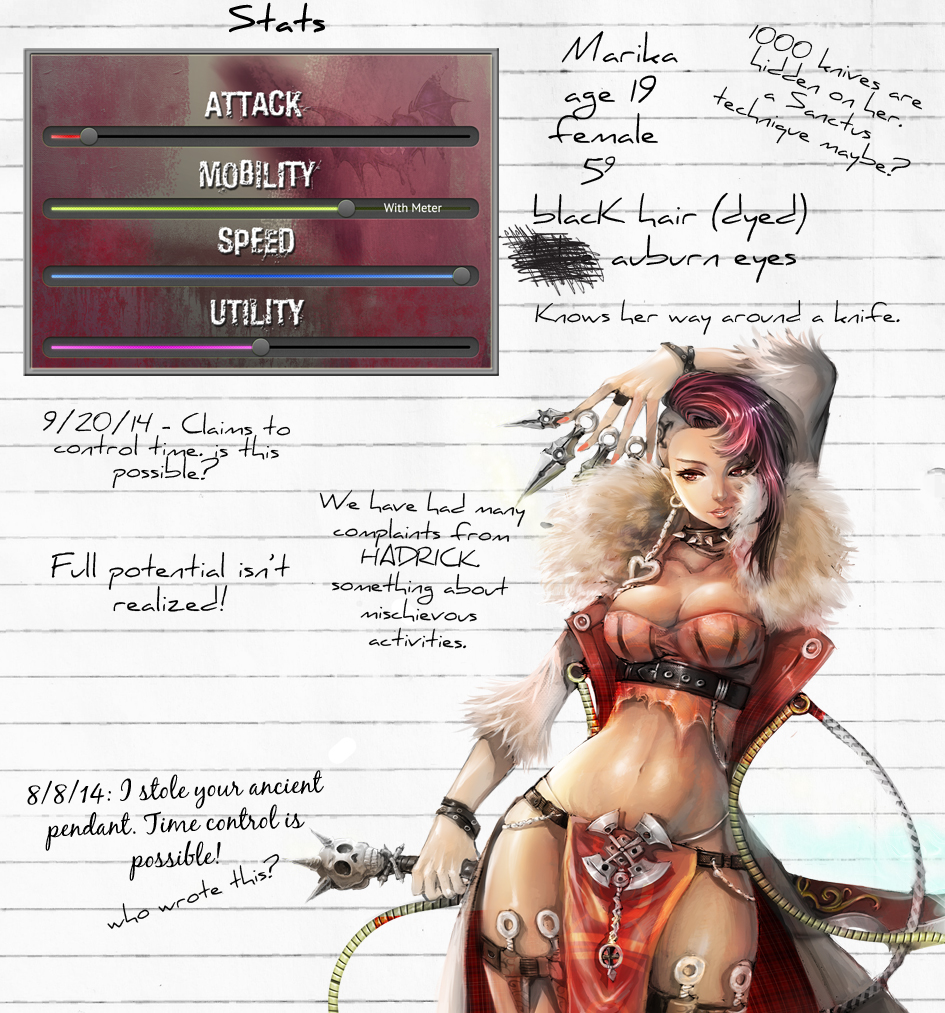 Marika is the second fastest character in the game and by far the most mobile. Her ability to move anywhere on the board and continue linking is invaluable. In addition she has decent mid range engagement options and even a few long range attacks. with the fastest light attack in the game, she can almost guarantee hitting first when going to blows. Marika also has the ultra easiest to combo into, using this properly is key to her victory. The greatest tip any player can have when playing Marika is to use her ability to discard a card at the end of every turn. Not only does this help cycle her small hand size, but it also puts cards into her discard that can be played later using her time control ability. This can guarantee big combo’s and big plays whenever needed.

Marika is a harder character to use since she requires the player to use every option at their disposal to win. But when used correctly, Marika can put pressure on any character in the game very effectively. Her small hand size severely limits her ability to get what she needs, this requires the player to cycle their hand at the end of every turn or take a rather large penalty. Her ability to play cards from her discard does her no good without any cards in the discard. So players have to learn to be okay with discarding cards that they would love to use in hopes of a bigger payoff in a turn or two. Marika also deals a very low amount of damage. Poking with light attacks and building meter early really helps Marika late game.

Marika is great for players who love to be fast and use shenanigans to win.

Growing up with a lack of obvious talent or skill, Marika lived her life underestimated by everyone around her, including herself. She struggled most of her life to make it through tasks that other people were able to manage with ease. Even after she was approached by the Erelim and taken to the school of Lod, people wondered if she hadn’t been taken by mistake. Tired of struggling to accomplish anything, Marika decided that if she had no real talent, she could at least fake it. So she began to use her words and what little control of the elements she had to convince people that time was slowing down. The more she perplexed people, the better she got at it, until the idea that she could stop time made her into a fierce opponent.

Marika and the Search for Talent