Here is the first tile set we wanted to show off. It took over 100 hours of work by our talented artist Alex Hansen. The airship consists of ten 6×6 tiles. While some of our tile sets can be mixed and matched for customization, the airship is a bit limited due to its design. Our game is going to contain 35 double sided tiles, so this would be 10 of the 70 pieces of artwork in the game.

Also, as always, anything we show off in these updates is subject to change. We are constantly improving artwork and designs. This is a process we will continue up until the day our manufacturer gets the final files.

In the encounters that use the airship, the orange sections count as dangerous terrain. If a figure is ever moved into orange terrain, they are immediately killed. This can be circumvented through a myriad of techniques, the most obvious being don’t get thrown off the airship. Adventurers and antagonists alike can toss opponents overboard using abilities like Chains of Command. Any ability that moves an adventurer will require a conviction check, so an adventurer with a high conviction upgrade is less likely to be thrown off. In addition, Remi and any adventurer with an ability that gives them the flight status effect can move through these squares without fear of harm. 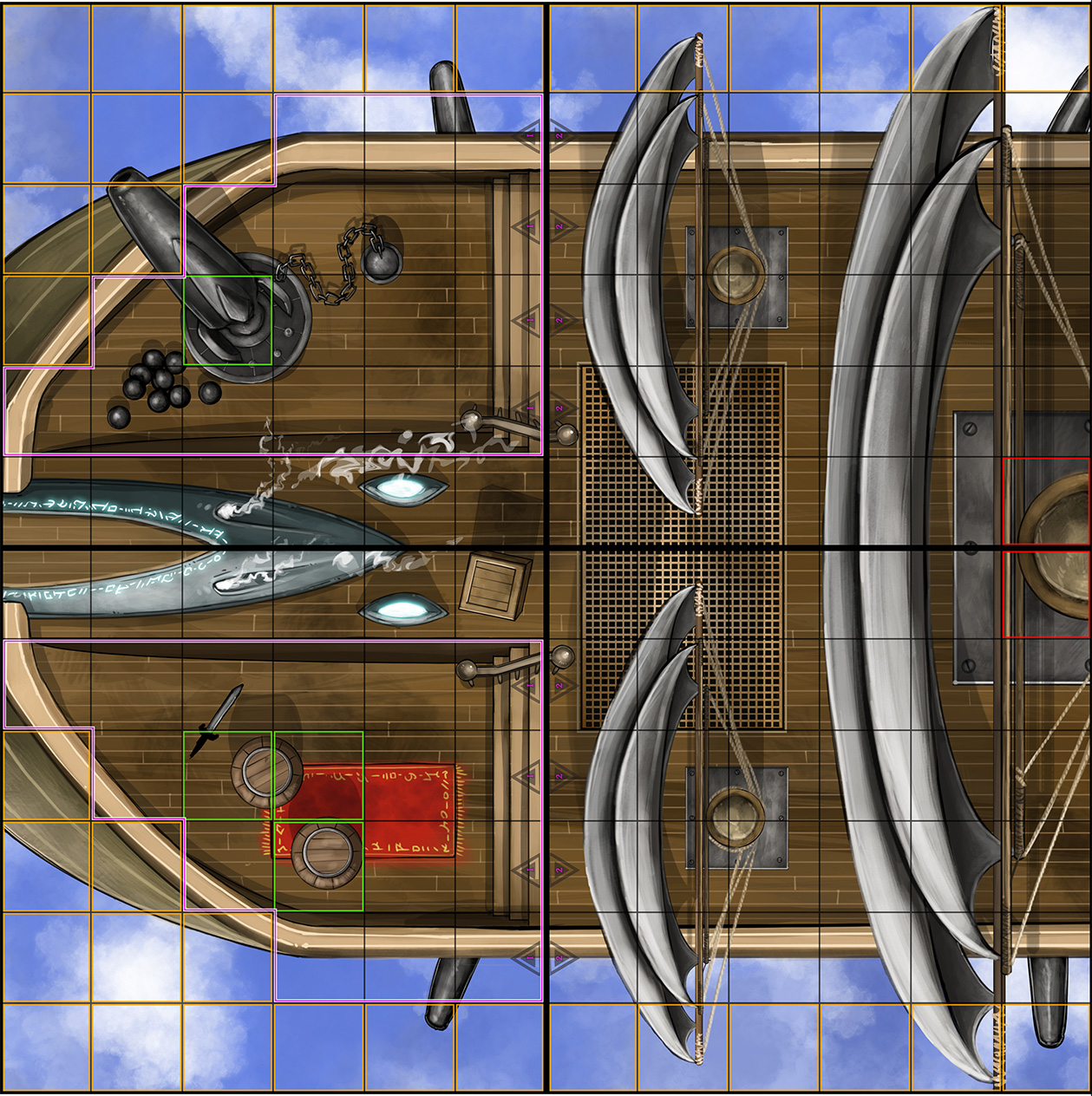 At the bow, are two elevations of terrain. These different elevations add a new level of challenge for adventurers when moving and fighting. Players will have to be careful that they don’t give the antagonists the upper hand because they accidentally stumbled down a set of stairs and broke line of sight.

The green spaces on the tiles represent hindering terrain. These spaces aren’t bunched up enough to be considered a tactically sound defensive option in most circumstances. Even so, they can be helpful for figures caught on the lower levels when trying to evade advancing foes.

As we move further across the Airship, we begin to see the bulk of the tile features. 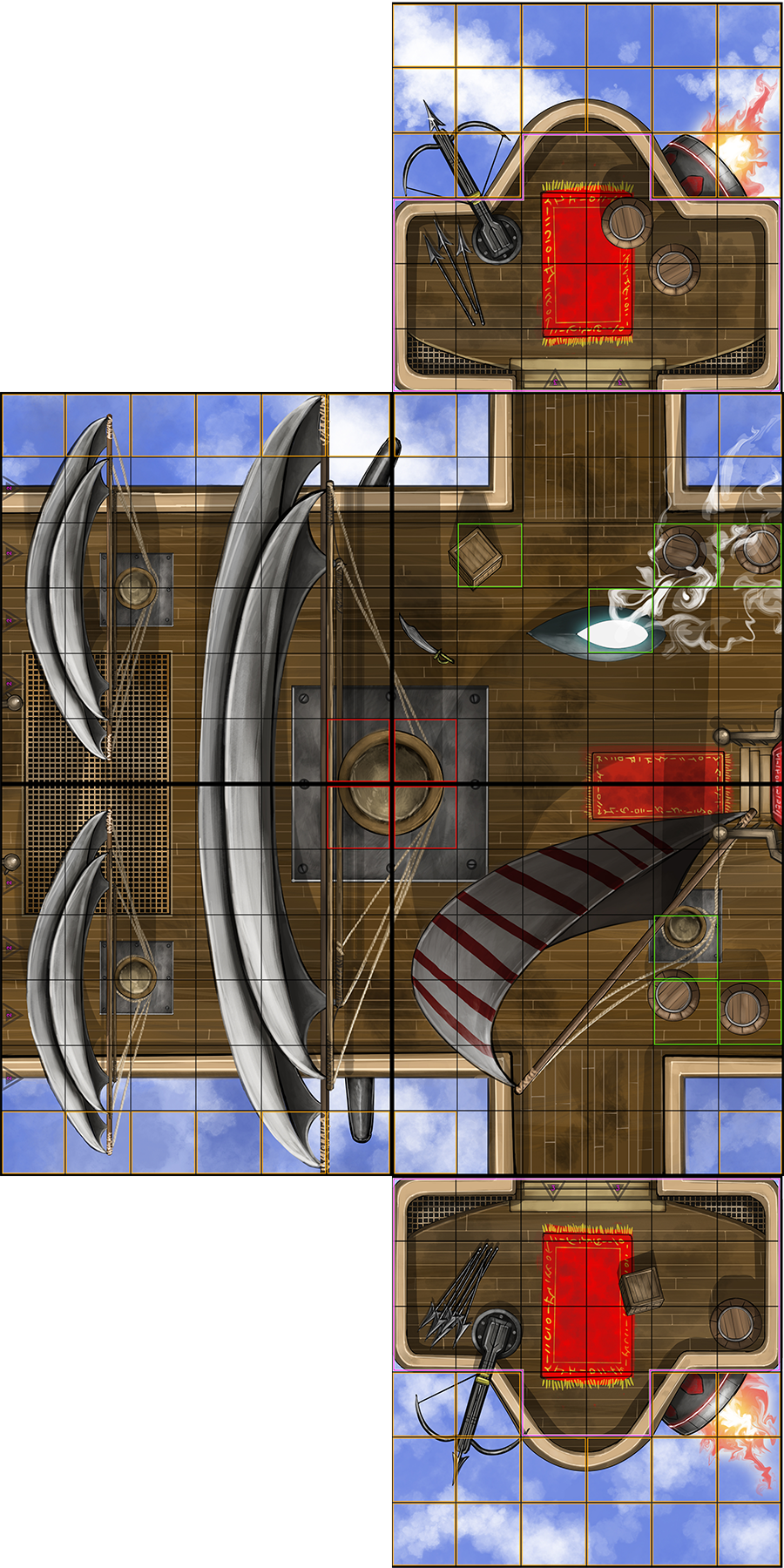 An important feature of the airship is the engine wings that extend off either side. These decks go up to level 3, allowing a figure to see over the majority of the ship. There is considerable risk involved in moving onto the wings, however, as it puts figures precariously close to the edge, making it much easier for an opposing figure to toss them overboard.

Moving farther back, we can see the stern. 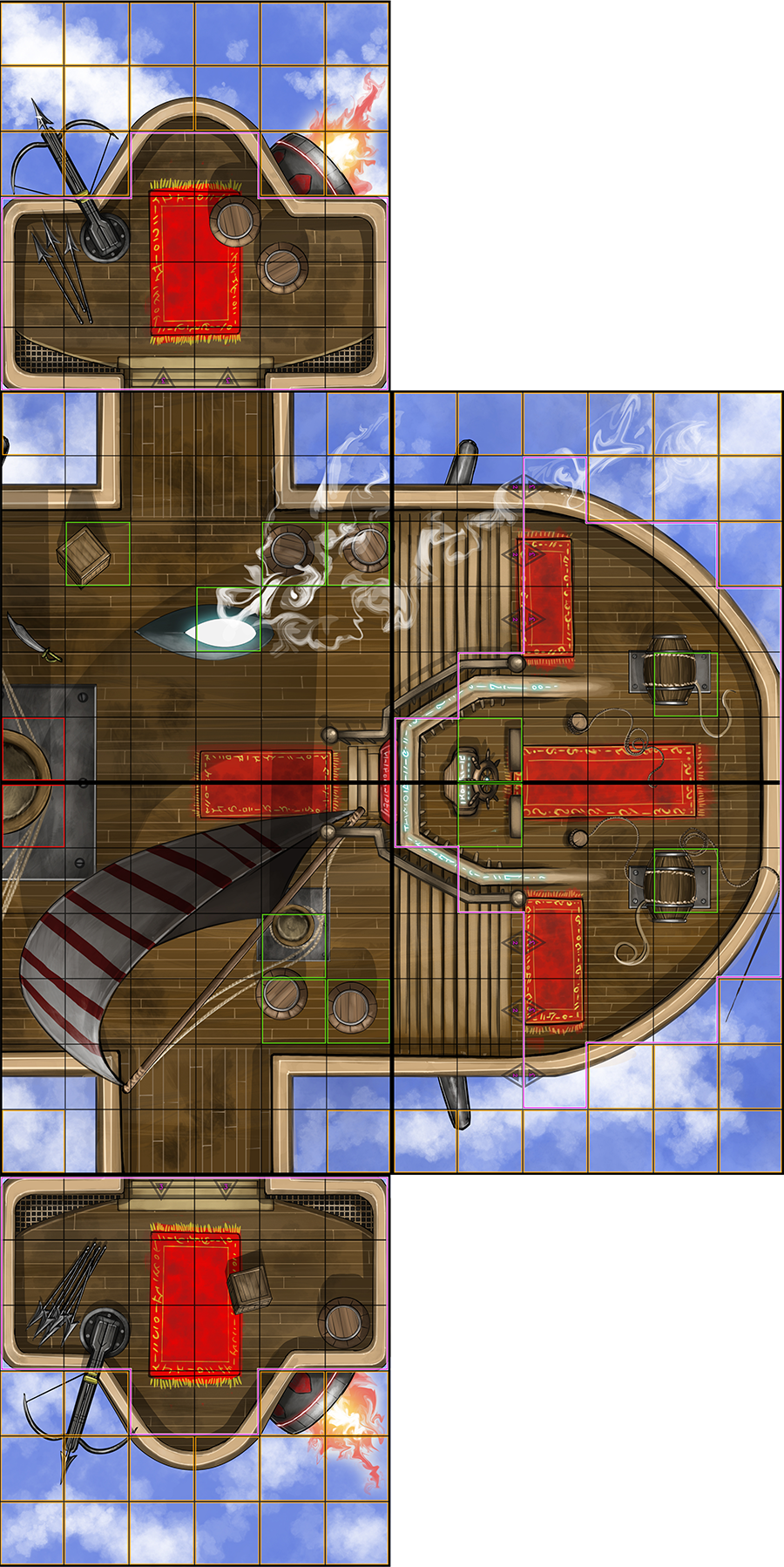 The entire stern is a raised deck at elevation 3. Since the engine wings are also at elevation 3, figures on them can see onto the rear deck. This provides for some fun tactical advantages to those at higher elevations.

Adventurers with abilities that grant free movement can simply move up to the edge on a higher elevation, make an attack on a figure lower at a lower elevation, and then use their ability to move back to prevent their target from attacking them without moving first.

Overall, the airship has proved to be a fun and dangerous place to fight in Middara. 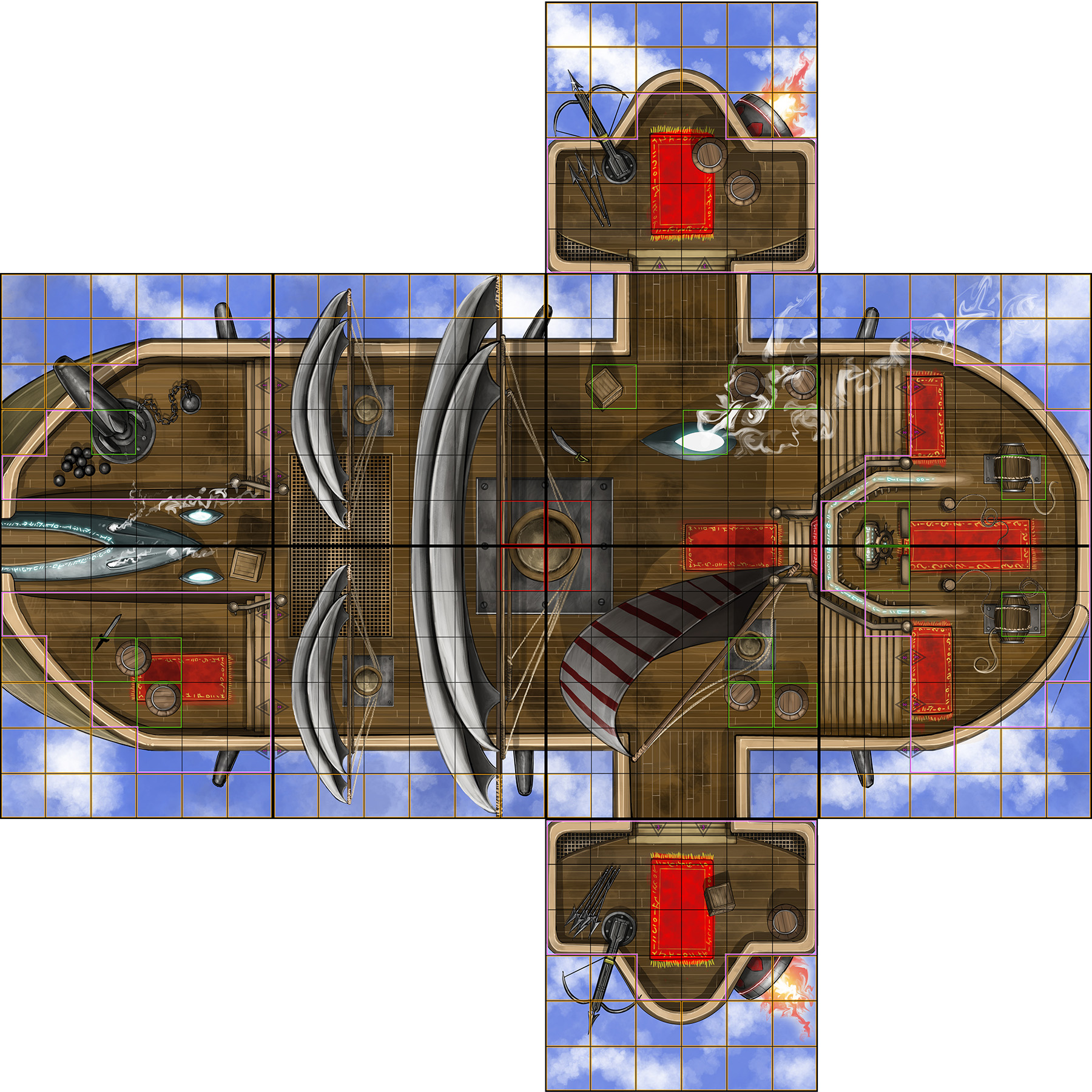 We’re super excited to be showing off future tile sets! Next we will be going over our much more modular caves.