We’re excited to show off some of the designs we are working with. The incredibly talented Stephanie Gustafsson has been toiling away for us coming up with new designs for all the cards in the entire game.

We wanted to be clear with backers that while these aren’t final, this is the direction we are taking the designs. If you have any feedback, as usual, don’t hesitate to say it.

The initiation track determines the order in which figures take their turns. The red initiative cards are antagonists while the black cards are adventurers. 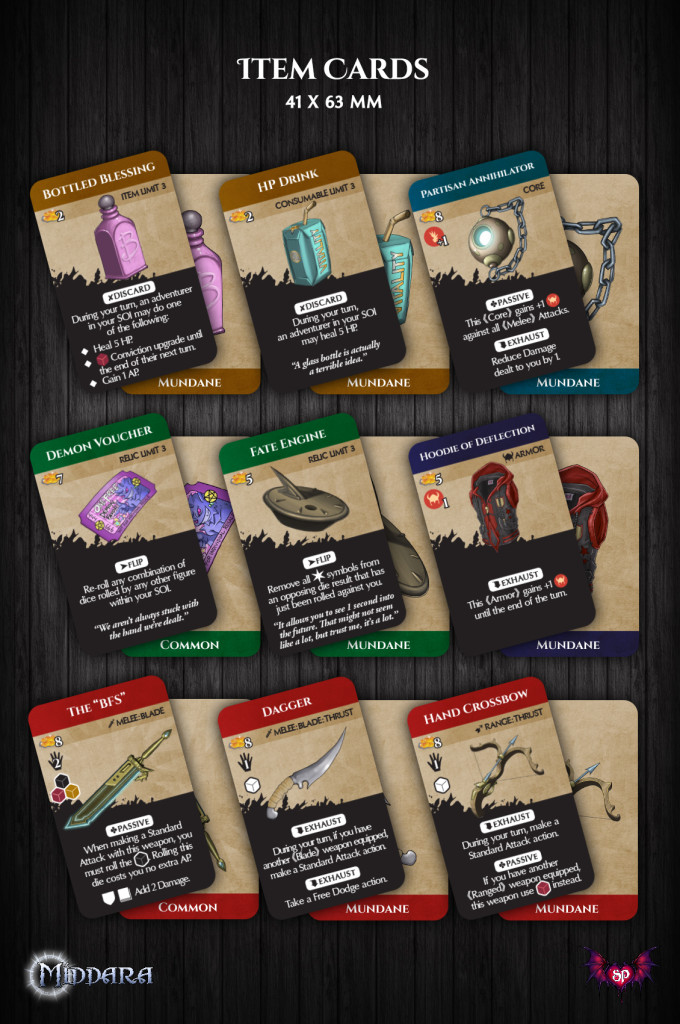 Middara contains 111 unique pieces of equipment.  The item deck is comprised of Relics, Weapons, Armor, Cores, and Consumables. Each of these types is color coded. This equipment is also spread across 4 different rarities: Mundane, Common, Uncommon, and Rare. 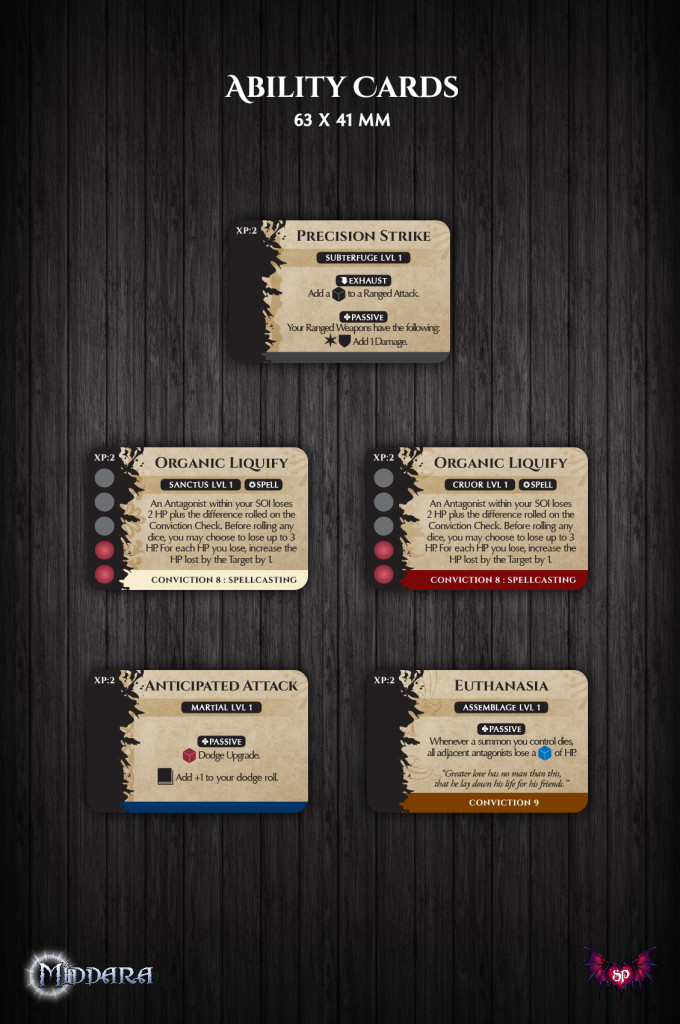 Middara contains 110 different abilities to choose from. These abilities are separated by 5 different trees. 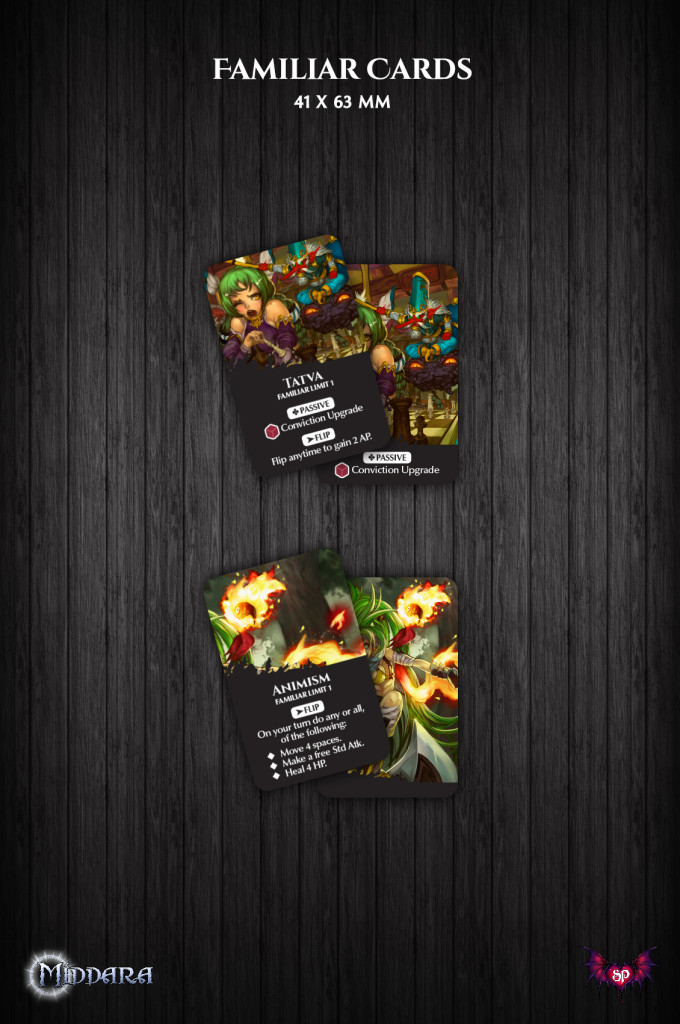 Adventurers who follow the Assemblage tree can get familiars that give them passive bonuses on the battle field!

Exalted Esper are powerful creatures that can be summoned to the battlefield for a temporary, but incredibly powerful effect.

Some figures are controlled by the adventurers during the game. Others are summoned to the board. And if the players choose to use our 5th player variant, a game master can control all the antagonists in the game.

AI controlled antagonists provide players with a way to control antagonists without having to have a Game Master control them. 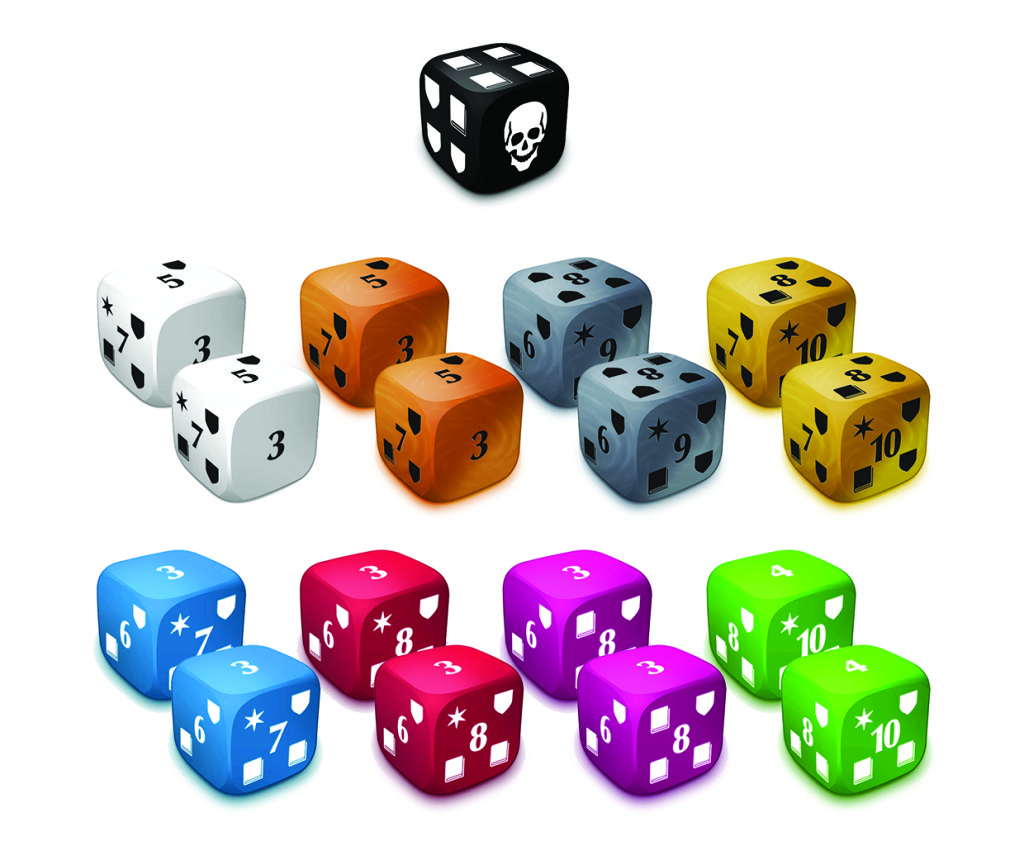 Many of you wanted to know what the dice will look like included in the base game. This is a 3d rendition of the dice. The special edition dice that can be added to the game will feature the same symbols.  However, they are all white with colored etching and are also a bit more fancy. 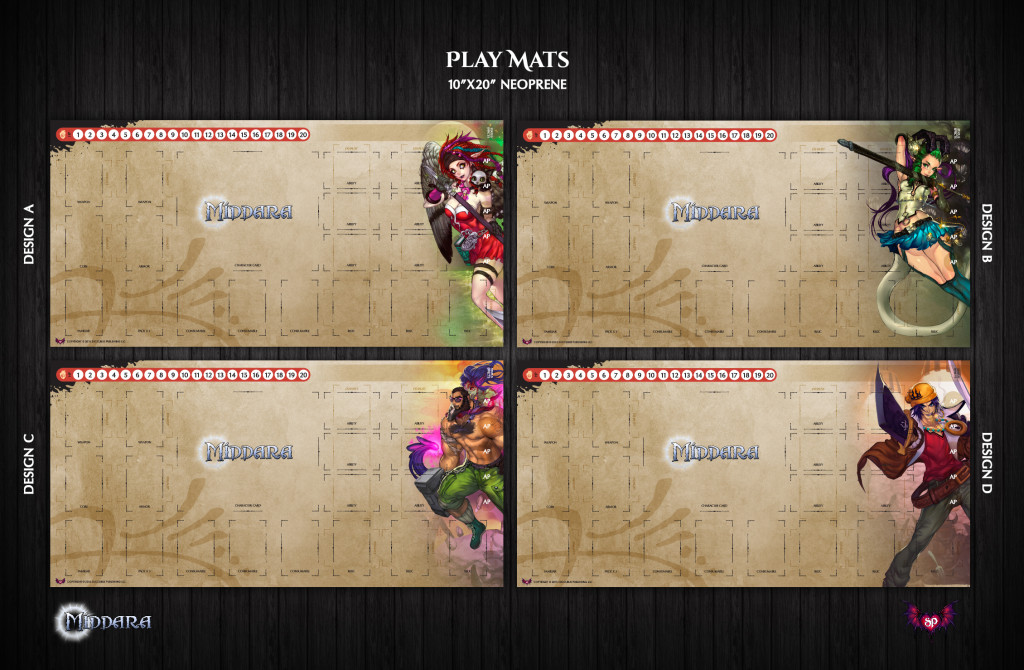 We have had some backers express concern of the play mats being too simple and boring. We hope this update solidifies your decision to purchase them. We had to increase the play mat size by just a bit to accommodate the artwork and add additional space for exhausting. But we feel that in the end this will provide a better player experience. A quick note, the increased size of the mats has increased our costs of the mats from our manufacturer, however, the cost of these mats will not increase on the Kickstarter. For $20 you will be receiving all 4 mats. With that said, the retail value at our booth or in stores after the Kickstarter will be $16 per play mat. Because of this, we are limiting the purchase of the play mats to one set per copy of the game you also are purchasing. 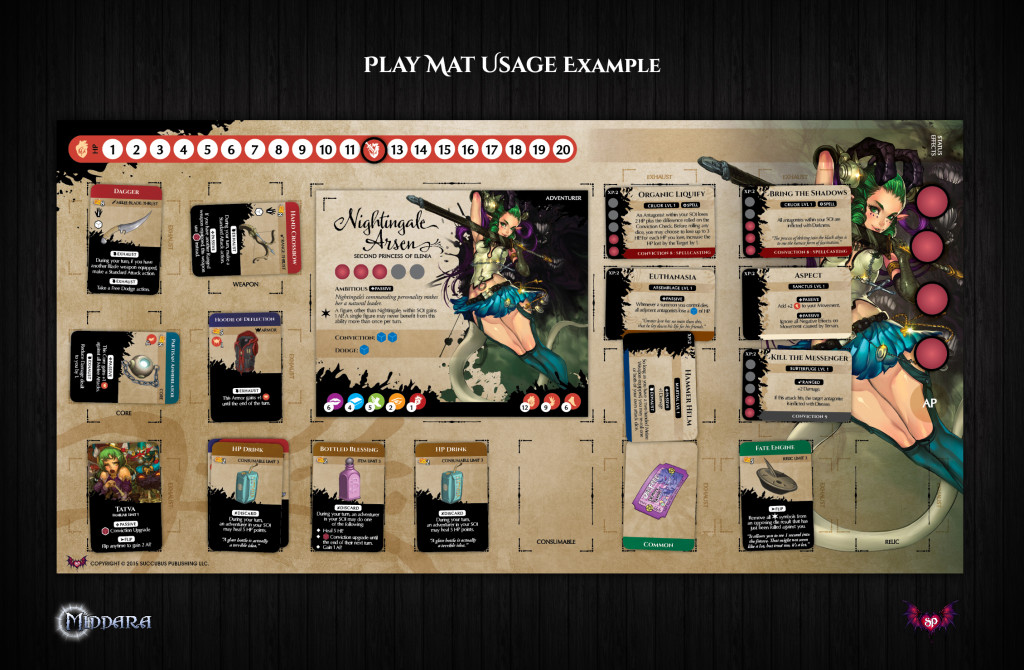 Playmat Example Here is an example of one of our Kickstarter exclusive npc play mats being used. You can also see the HP tokens we will be using as well as our action point tokens.