Our fourth antagonist has been unlocked! Go check out our kickstarter! 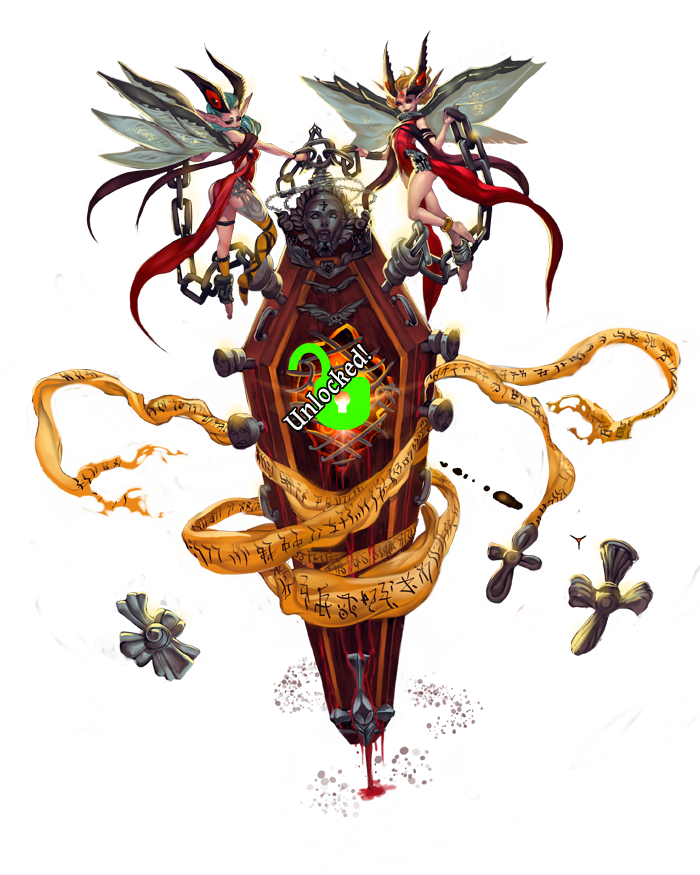 You can read the Obscene Rescindo fiction here. 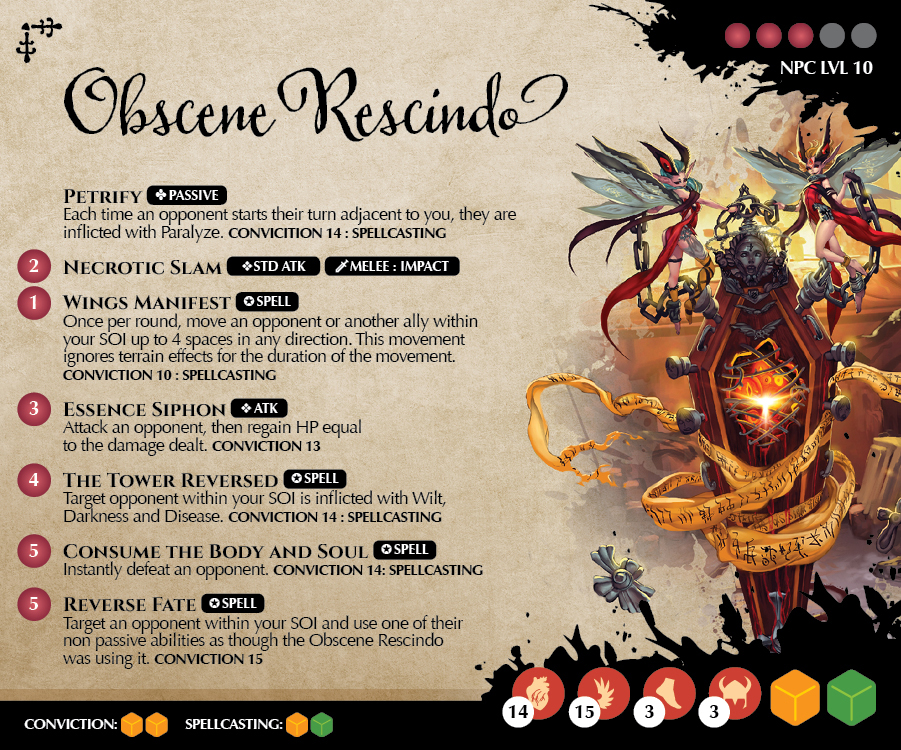 The Obscene Rescindo is a power house of terror. Its passive ability will inflict paralyze on any opponent that starts their turn adjacent it. This ability can be very difficult to circumvent since the Obscene Rescindo simply needs to move into base to base contact to make it happen. And in any case, an Adventurer already adjacent has to choose between moving away and provoking a free attack or staying put and rolling to overcome paralyze on their next turn.

In addition, the creature isn’t short of abilities at its disposal. Essence Siphon can be used as an unreliable way to heal. Consume the Body and Soul can instantly defeat an adjacent opponent, but it requires a whopping 5 AP to enact.

Reverse Fate is another unique ability that allows the Obscene Rescindo to use a non-passive ability that another player controls. This can be incredibly powerful as it would allow you to heal, deal damage, or even move to get adjacent. Unfortunately it requires 5 AP to make happen. When used correctly however, Reverse Fate is a big play maker.

The Tower Reversed is a great choice for those wanting to shut down a heavy hitting adventurer with tons of armor, a great dodge, awesome weapons and relics, but no conviction. Keep them on their toes!

Lastly, the Obscene Rescindo has a mobility ability called Wings Manifest. This can move it or another figure up to four spaces. This movement will ignore terrain. 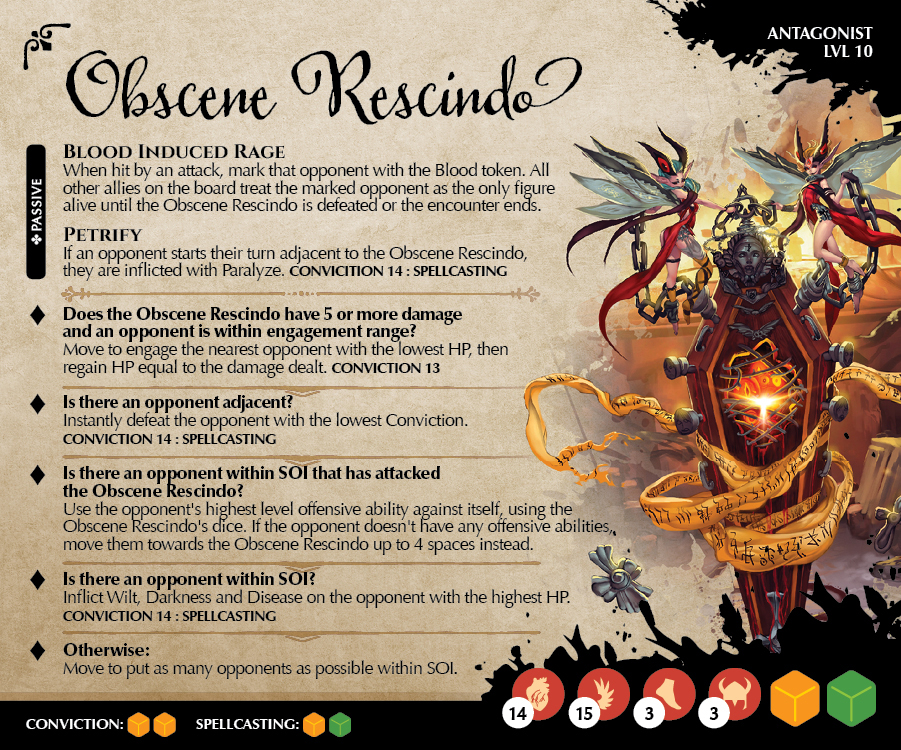 Basics: The Obscene Rescindo is considered one of the more powerful monsters in Middara. Its wide range of abilities make it hard to avoid and even harder to defeat.

Passive Abilities: Blood Induced Rage is a very powerful unique ability. When an opponent hits the Obscene Rescindo, it will mark them with a blood token. While this token is on an adventuer other antagonists on the board activate as though the marked adventurer is the only figure alive on the table. They will clamor to kill the marked figure, sometimes even provoking free attacks to do so.

Petrify is its other passive ability. This is a troubling ability for adventurers. If you start your turn adjacent to the Obscene Rescindo, you must roll conviction 14: Spellcasting or you will be inflicted by Paralyze. The Obscene Rescindo has a very potent set of spellcasting dice, so it’s best not to rely on your conviction upgrade to pass these tests.

These powerful passive abilities forces players to stay away or rely on abilities that grant some serious mobility to let them get away after moving in to attack.

Action Breakdown: Luckily, the Obscene Rescindo has no actions that continue down; this makes him a bit simpler to predict. Its first action only happens if it has 5 or more damage dealt to it and an opponent is within engagement range. Something to note about the Obscene Rescindo is its very slow movement. This reduces its engagement range by half. However, under the circumstance that it does actually move up and attack an adventure it will heal for the damage dealt.

If an opponent is adjacent, the Obscene Rescindo will use its most powerful ability. It will instantly defeat an adventurer who fails the conviction roll. This could normally be avoided pretty easily since the creature moves so slow, however, its passive ability to paralyze can get an adventurer killed if they aren’t careful.

If there is an opponent within SOI that doesn’t have a blood token, the Obscene Rescindo will cast Tower Reversed on them, likely ruining their day.

Lastly, if there are no opponents within SOI the Obscene Rescindo will be dragged slowly towards the nearest group of players.

Weaknesses: The Obscene Rescindo is very slow. It’s important to keep that in mind when facing it. If you don’t have to kill it to win the encounter, it might not be worth it to try. Since it has no way to do damage outside of SOI, a player with a range 6 weapon or the ability to increase their SOI beyond range 4 could sit back and hit from far away. Another thing to keep in mind is the plethora of equipment and abilities that can get rid of Paralyze and other negative status effects.