Our second NPC has been unlocked! Check out our kickstarter here! 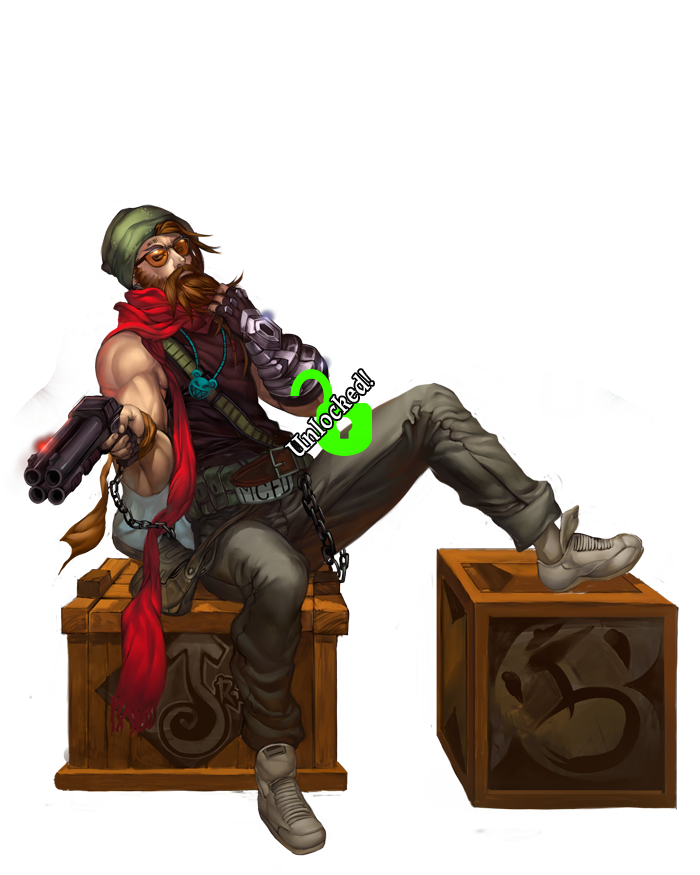 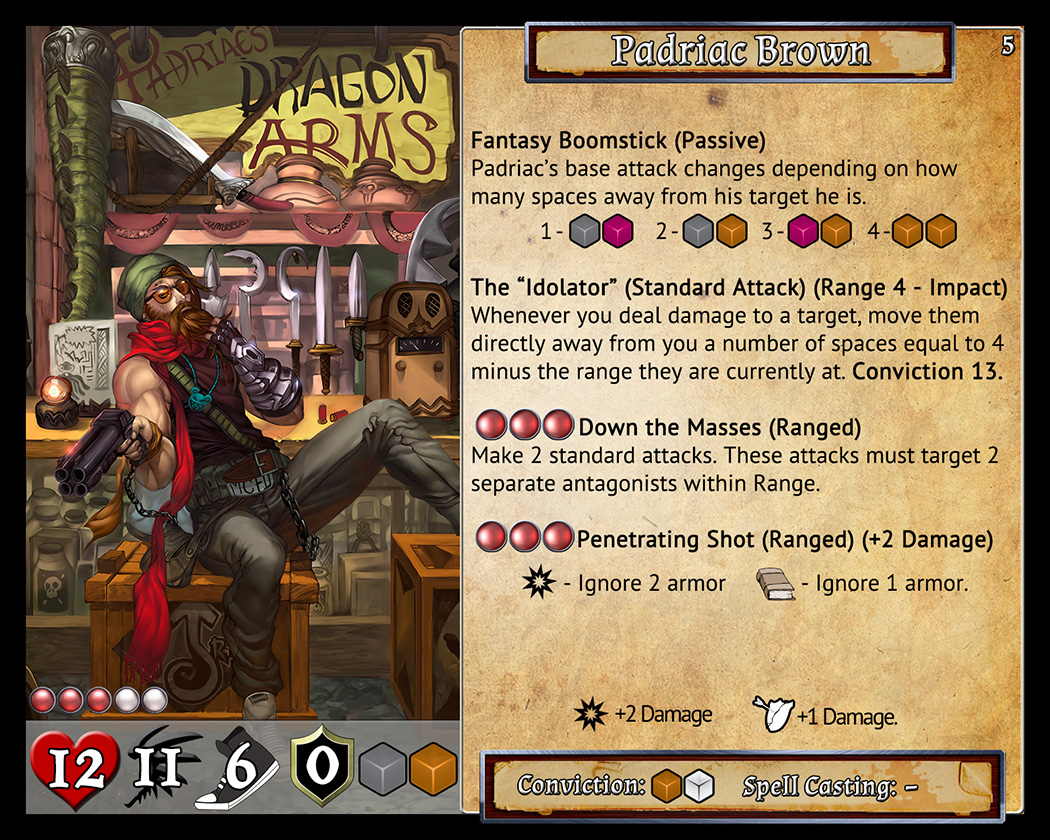 As a friendly NPC in the story, Padriac is able to use his shotgun “The Idaolator” to devastate antagonists adjacent to him. His damage output increases the closer he is to his target. In addition, each time he shoots them, they must pass a conviction check or be knocked back. In precarious encounters, with ledges, cliffs, and other dangerous terrain, this can be especially dangerous for his opponents.

Padriac also can use Penetrating Shot to punch through the armor of targets who he couldn’t otherwise kill. And for when he’s surrounded, he can use Down the Masses to hit two targets at once. 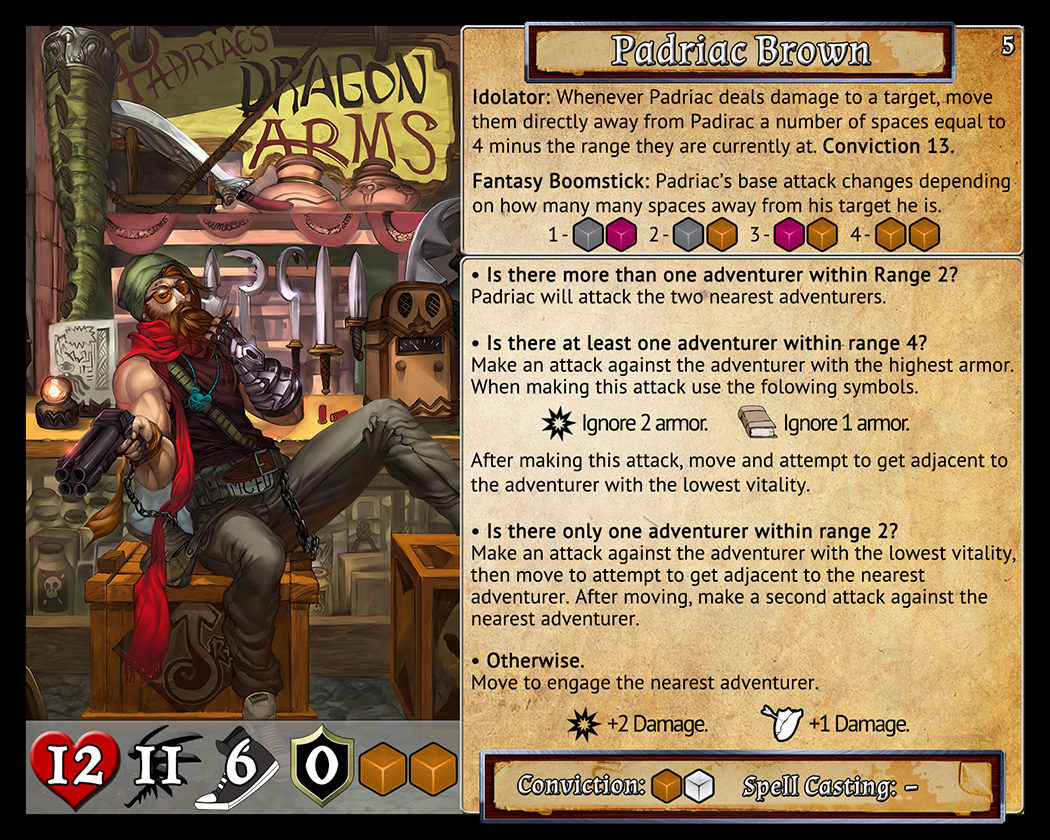 As an antagonist Padriac boasts the same deadly shotgun. Adventurers will want to be careful in how they approach him and keep the local terrain in mind. His general AI instructs him to stay in close, knock adventurers away, and then close the distance again. He is hyper aggressive and will do everything in his power to force adventurers out of position.

Padriac’s ability to overcome an adventurer’s armor is also something that players will want to keep an eye on. A tank based build should be careful not to be lulled into the false sense of security that his armor might have granted them up until this point. 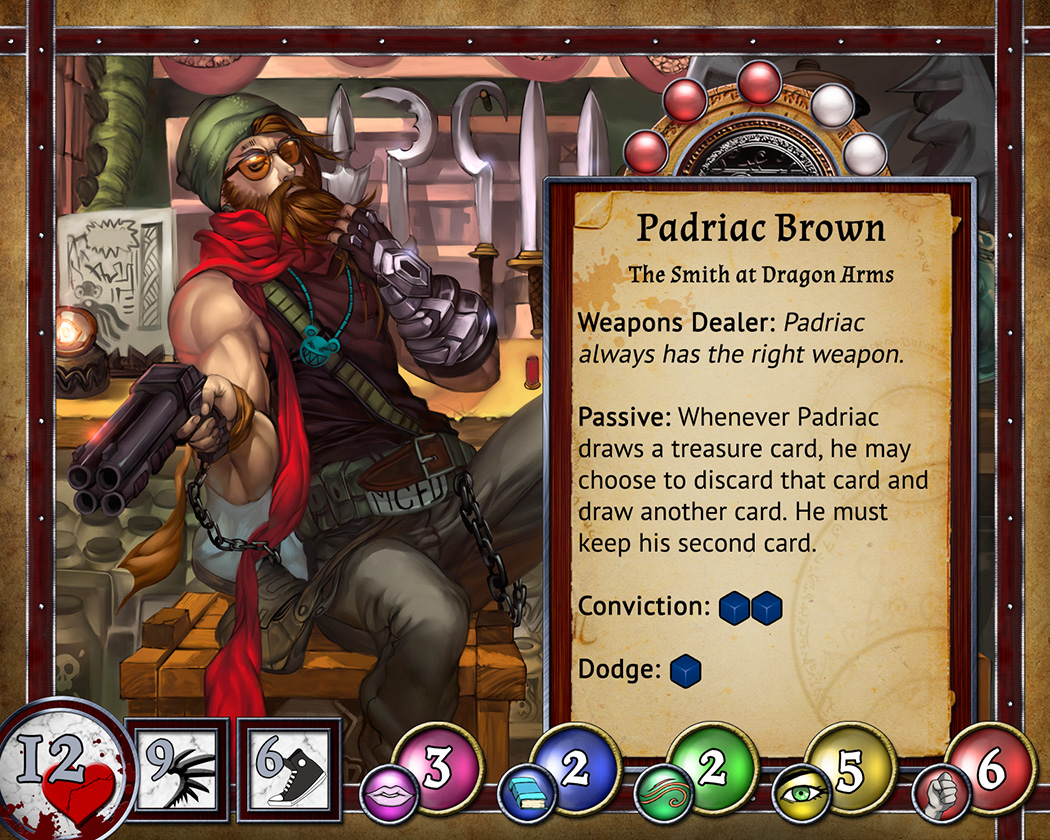 As an adventurer, Padriac can choose to cycle through treasure faster than your average adventurer. This gives him a higher statistical probability to acquire a more specialized selection of equipment at a faster pace.

That’s it for Padriac! As soon as we have 3d cad’s and prototypes for these models we will be showing them off.