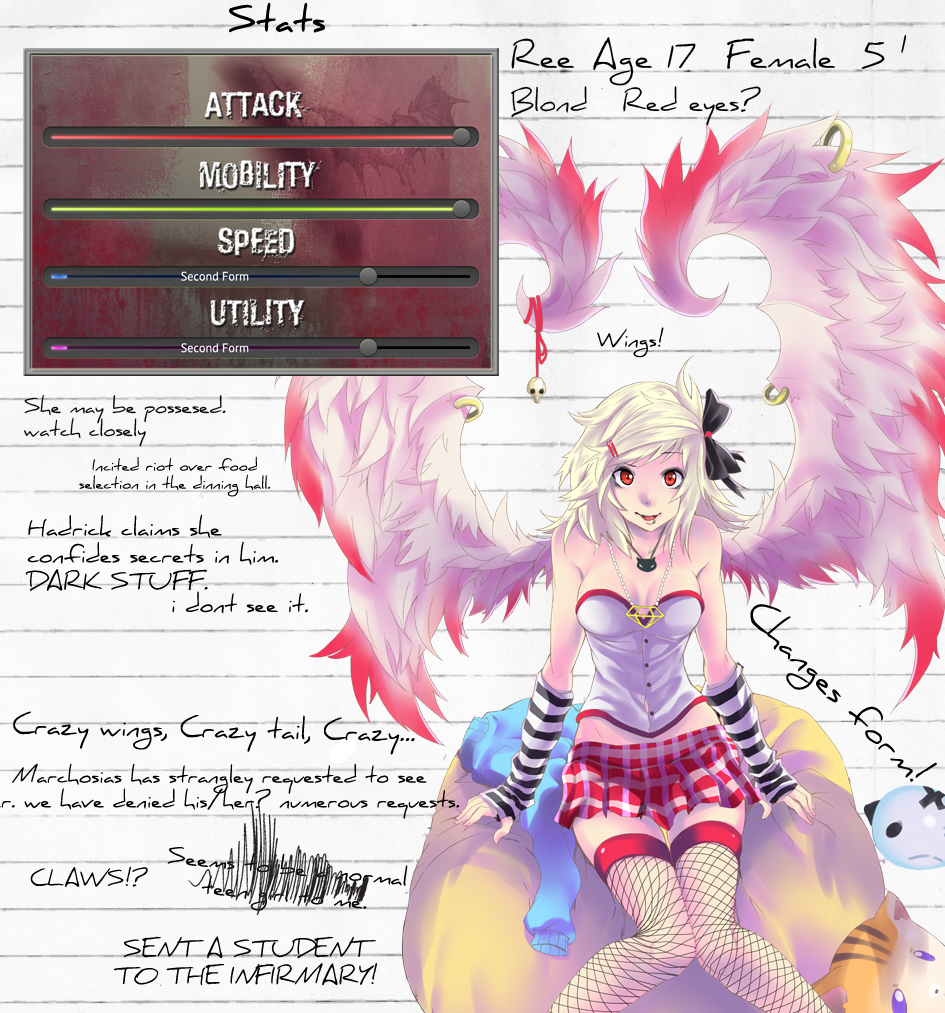 Ree’s character has the lowest health in the game at first glance. After taking only ten damage she changes form showing her true self. However, damage she takes while waiting to change form is soaked. She can manipulate this to emulate as much as 3 to 6 health in our average games. The priorities on her attacks aren’t very high however, her dash is the fastest in the game at priority 4. Manipulating this is key to her winning fights. Also, where she lacks speed and utility early game she makes up in spades after changing form. When the demons come out she hits hard and fast, players will want to kill her as fast as possible after she changes form. Her heavy moves are as fast as the average light Attack but hits three times as hard.

Players choosing Ree will want to be careful about being zoned. Characters like Rinhart and Ciel can absolutely devastate her if they get into a prime position. Also, Ree lacks the utility to keep up with these characters early in a match. Being able to use “A New Thirst” to gain three meter at the beginning of a match can be vital to her success against a hard zone.

Ree Is great for players that want to be a glass cannon and are willing to just bank on big plays working out or failing miserably.

Growing up in a loving home, Ree’s happy life changed forever when her family was murdered by unknown creatures. The devastation of the loss left a hole in her heart which was quickly filled by dark demons who continually vie for control of her broken mind. She proved herself worthy to join the students of Lod when the same creatures who had killed her family attacked again. The demons which were now hiding inside of her struck out to protect her, proving that their intent may not be completely malicious. Though Ree fights a constant mental battle against them, she has learned to maintain control and is able to show only her old, happy personality. Now she only reveals the demons, and her true nature, when battling her opponents.

Ree and the Demons Within