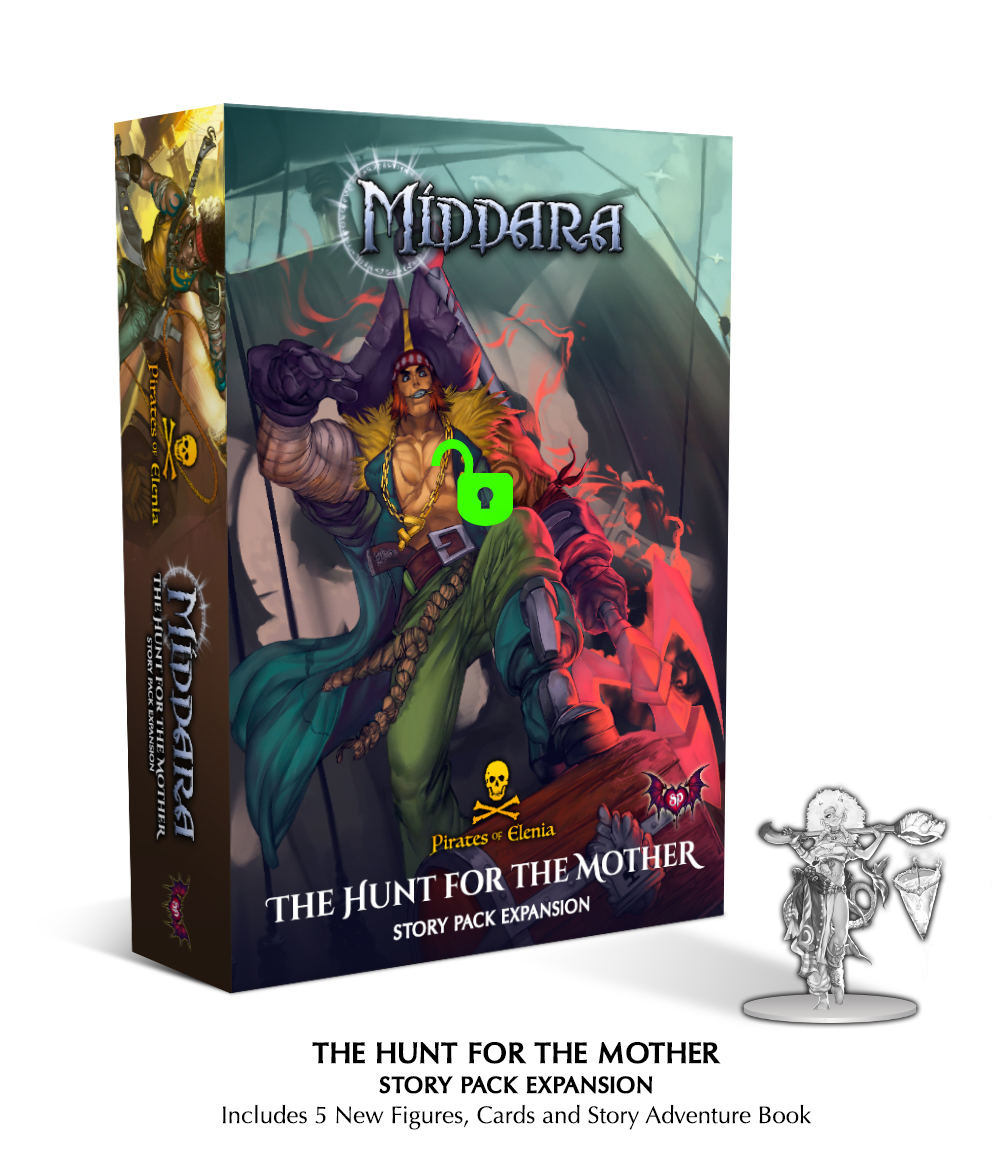 Kajax leapt over a careening barrel as another huge wave broke over the deck of his ship. The backwash of the water nearly swept his feet out from under him and he only just managed to catch himself on the handrail. Hauling hand over hand, Kajax heaved himself up to the aft deck. Godswill worked furiously at the steaming engine, his thick hair trailing water like a drenched mop head. He had chained himself to the engine block to keep from getting washed overboard. Blood streamed from a large gash on his forehead.

“We’ve taken on too much water,” Godswill replied. “Even with all three engines, we couldn’t lift out now.”

Kajax turned and scanned the waves. A dozen loa encircled his ship, pulling wave after wave from the mighty river and sending them crashing into the hull. Above the roar of the water, he could hear bubbling giggles. The little sirens were having fun, as if his ship were some sort of toy. He ground his teeth together.

In Middara, Story Packs are mini expansions that add new figures, cards, and a brand new story. This story pack contains new pirate themed equipment, Tokens, 4 new adventurers that can also be used as NPC, or antagonists, 1 new 2×2 large antagonist, and a story book. We will also be including a voice over in the app for this story for free to all backers. In addition, this story pack is subject to all the translation unlocks we achieved on this campaign and will have it’s cards translated and provided to all backers as a pdf.

Completed art assets for this expansion can be found below.

As always, as soon as CAD, art, and fiction has been finished we will post them here.

We are working on our next mechanics update. You can expect the Crawl Mode portion of it to be posted later tonight with our Lore Video. We will be linking it to our web site and updating it live there over the course of the next week. Once the update is %100 complete we will do a kickstarter update showing it off.