Hey Everyone! This weeks update will be early since we’re at Salt Lake Gaming con playing games, meeting people, and generally having fun. But this doesn’t mean we aren’t getting anything done. Our wonderful graphic designer is currently working double time on the amount of work we’ve given her. This includes final layouts for nearly every card in our game, all the tile sets we currently have done, the first portion of our Adventure Book, and finally the rule book. In addition Brooklynn and his coterie of friends have taken it upon themselves to attempt to play through a majority of the game over this weekend. While many of the play testers don’t think 40 hours will do the trick, he’s confident they’ll push through the blurry line of work and fun and get through a significant portion of the main campaign.

We’ll be posting picture this weekend from the convention.

Also, we wanted to talk about our cross promotion with Load.

We’re officially letting Load use our Living Oblation figure in their game as a hero. This means new artwork for her made for Load, and we are allowing them to change the figure to work for Unicasting and fit their game. Many of us here at Succubus Publishing are fans of MOBA games, and we even backed Load before we talked about doing any sort of promotion. We’ve had many people ask about the specifics of the deal in our comments. Really, it’s simple. We backed the project with our own money, and want it to succeed just like anyone else. While they are affiliated with Prodos, we don’t have any other deals in place beyond simply doing them a favor by doing a shout out for Load. And in the mean time, we’ve been able to learn a lot about them through direct relations and through others in the industry. This method of networking has gotten us to where we are today, and we see it as a commodity when making deals with other companies.

Their Unicasting method of producing miniatures is interesting and is currently being quoted for Middara. The figures look amazing for single piece figures, in addition, they have fewer technical limitations than injection molding. With that said, we still don’t know how affordable it will be for us to use for large production runs.

If you’re interested in Load go take a look at their kickstarter here. If your interested in their method of making miniatures we encourage you to check out their claims here. 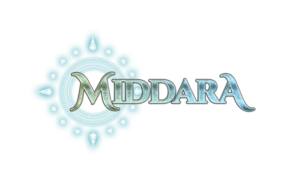 Lastly, we wanted to thank our backers for being so patient. Middara is looking amazing and it benefits mechanically every day we delay. Just for the sake of transparency we wanted to go over what we’re up to and what milestones we have set for ourselves.

The game us currently undergoing play testing often, and will continue to do so until we deliver digital files to our manufacturer. The artwork is about 90% complete with only a handful of items remaining on cards, in the adventurer book, and the tiles. The rulebook, cards, and all the tokens are being updated and prepared by our graphic designer as we speak. There is hundreds of components in the game so this will take some time. However, we are shooting to have all of our components print ready this month, minus the one’s without artwork of course.

From there, we plan on sending out demo copies of the first portion of our game to our business partners to get feedback. This includes Ninja Division and it’s interested partners.

Other than artwork, the last remaining thing for us to finish is the writing. On our last update we posted a flow chart of our story in the base game. This has been a tremendous amount of work for all of us here at Succubus Publishing. But we’ve overcome the hardest parts and have now moved onto getting the fiction written by a handful of writers. This writing process has been in the works for sometime starting with the earlier bits in the game, but we’re still working at it. Once it’s finished, we’ll be getting everything professionally edited.

We’ve had some backers ask about translation. This is a great question. Currently we plan on using a mixture of the community and professional editors to do the bulk of our component translation once the English files have been delivered to our printers. We have been lucky enough to be contacted by many of our backers who have either volunteered, or have pointed us in the right direction to get translation done for Middara.

If you guys have any questions please don’t hesitate to ask us in the comments.