Our fourth NPC has been unlocked! Check out our kickstarter here! 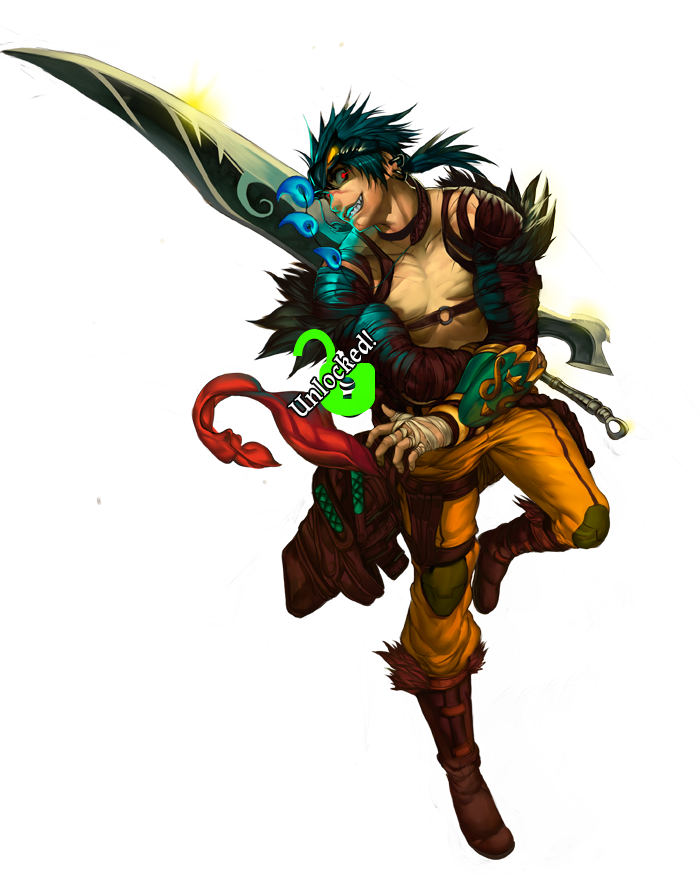 You can read Zafir’s fiction here.

As per an older update, we are working with new designs for our cards. We wanted to show off a bit of these designs in the Zafir update.  We got rid of the majority of the script text and increased the card size by about an inch. This allows us to increase the font sizes across the cards by a few points. These cards are now measuring in at 6×4 inches. Within the next few days we will be doing a detailed update showing off all the designs that we’ll be working with for the game. 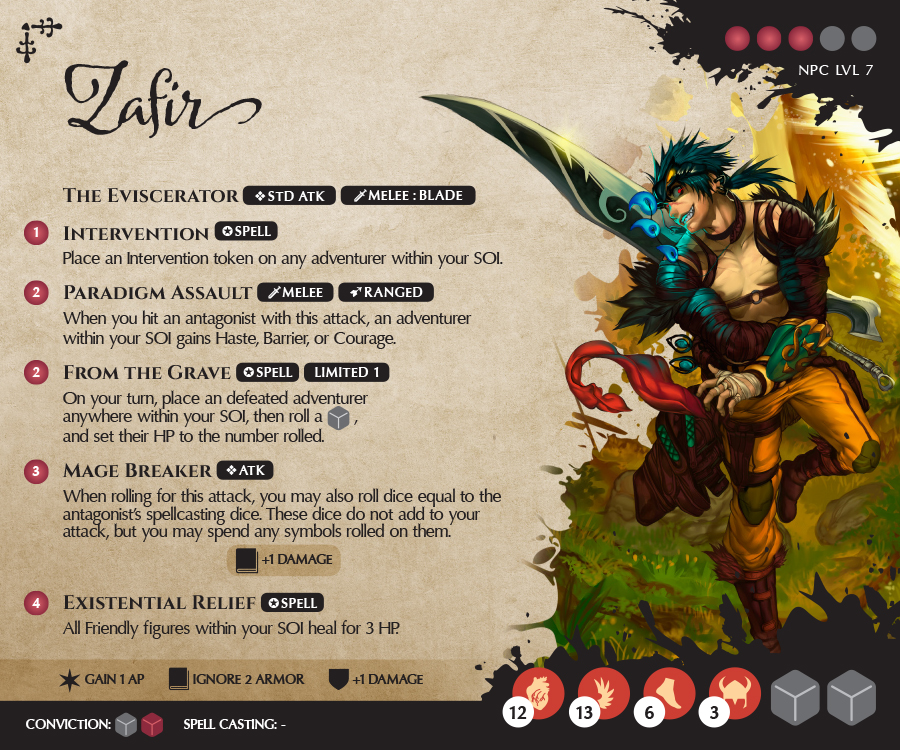 As a friendly NPC, Zafir has a wide set of invaluable abilities that can assist a party of adventurers. His ability to use the special status effect “Intervention” from the Sanctus tree can change the tide of a losing battle or even save the life of an unlucky adventurer.

Paradigm Assault is one of the few ways in Middara that an adventurer can gain courage. This powerful status effect can increase the affected figures’ damage output by a considerable amount.

From the Grave also provides a rare ability in Middara. With this ability, players can bring back a defeated adventurer.

On top of all this, Zafir specializes in killing figures that are dangerous magic users. The Mage Breaker ability allows him to increase his damage output of his attacks by a considerable amount. The dice rolled in this way can be stacked with courage for an incredibly lethal attack. 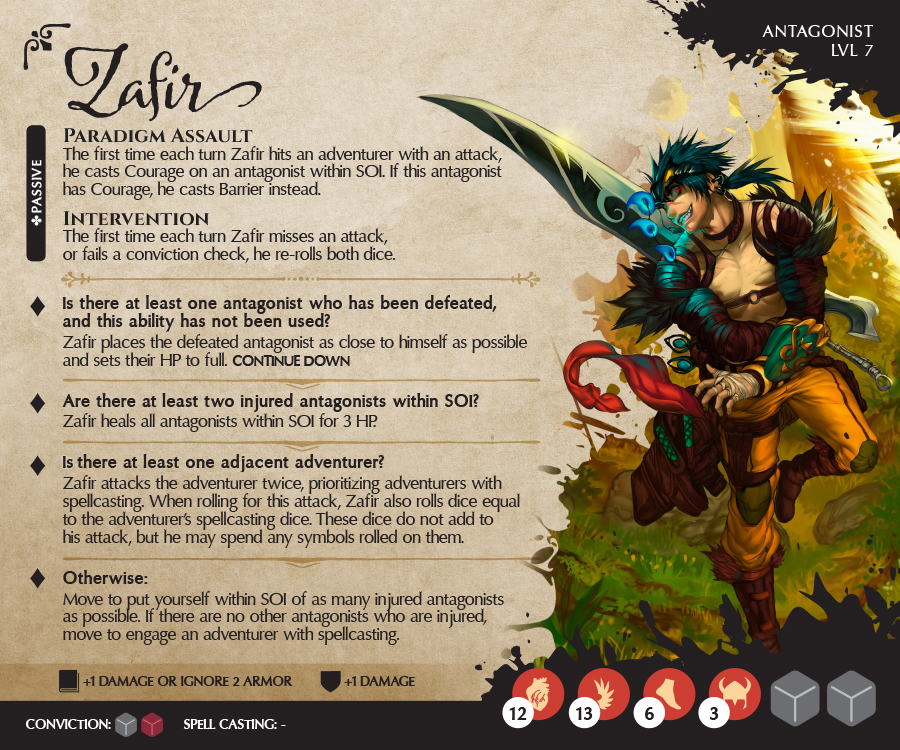 When first encountered in the story, Zafir forces a sudden change of pace for the adventurers by forcing them to switch up their tactics. His ability to cast courage, heal, and bring a figure back form the dead really shakes up the typical combat flow of an encounter.

Zafir will typically try to stay away from adventurers and support his comrades in arms. But if given the opportunity, he will unleash a powerful attack that can deal extra damage to magic users. In addition, his high conviction upgrade and intervention ability makes him particularly resistant to spells and he can shrug them off with ease.

His standard attack can ignore armor easily, and adventurers should be weary about getting into close combat with him. The best course of action is to engage him with ranged attacks, and try to pick him off from behind his allies.

His adventurer version is undergoing emergency play testing. We found a problem in our most recent play test and will post it as soon as we feel that it’s ready.

That’s it for Zafir! As soon as we have 3d cad’s and prototypes for these models we will be showing them off.